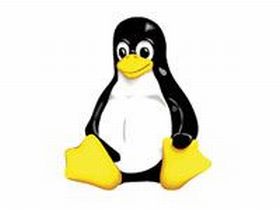 From the ‘Merge Window Dynamics‘ files:

The Linux kernel is developed and released at a rapid pace that seems to almost never slow down.

For the upcoming Linux 3.1 kernel, it’s a pace that will be just a bit slower in terms of the actual release due to a number of factors.

For one, kernel.org remains offline after a reported hack at the end of August. Yes I know that development continues at GitHub but Linus Torvalds wants to do the Linux 3.2 merge on kernel.org.

The other factor is that Linus is going on vacation.

“It is becoming clear that I might as well not release the final 3.1 until after my upcoming vacation early October – otherwise the next merge window
would just be total chaos,” Torvalds wrote in an LKML post. “A merge window with kernel.org being off just really wouldn’t work, and doing a release only to then have some chaotic merge window followed by travel seems crazy.”

There is also at least one other reason for the (slight) delay that will affect the Linux 3.1 release. Torvalds also had some ‘issues’ with some untested patches that came in at the beginning of the week.

“I really wanted to release -rc7 today. But no way am I applying these kinds of totally untested patches,” Torvalds wrote on Monday. “Can you guys please get your act together?”

I suppose there are a number of reasons why a merge using Github won’t work (well), and clearly Torvalds knows best when it comes to trying to avoid merge chaos. Let’s all just keep our fingers crossed that the good folks at kernel.org have everything set and are good to go after Torvalds enjoys a well-deserved vacation.