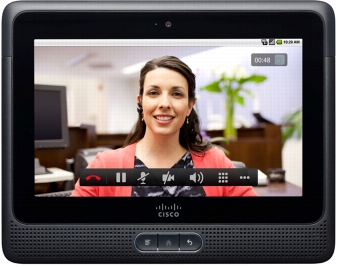 From the ‘Cisco Fail’ files:

In June of 2010, Cisco announced their entry into the tablet market with the open source Android powered Cius. As is the case with all Cisco announcements, there were bold predictions about how it would change the market yadda, yadda yadda.

In June of 2011, Cisco finally opened up a bit more about Cius, with plans for an app store and full software support.

Now a year later, it’s all over.

The Cius is dead.

“Cisco will no longer invest in the Cisco Cius tablet form factor, and no further enhancements will be made to the current Cius endpoint beyond what’s available today,” Cisco stated in a blog post. “However, as we evaluate the market further, we will continue to offer Cius in a limited fashion to customers with specific needs or use cases.”

This is really not a surprise is it?

Cisco has no business selling ‘personal’ devices. They failed at the Flip camera which was also discontinued.

The Cius was however an interesting idea – a pure business tablet. But with Cisco’s inability to keep pace with Google Android development and the dominance of iPads, the Cius never really had a chance.

I write about Cisco alot, and go to my fair share of conferences and I’ve never actually seen a Cius, ever. Cisco just didn’t get this one right.