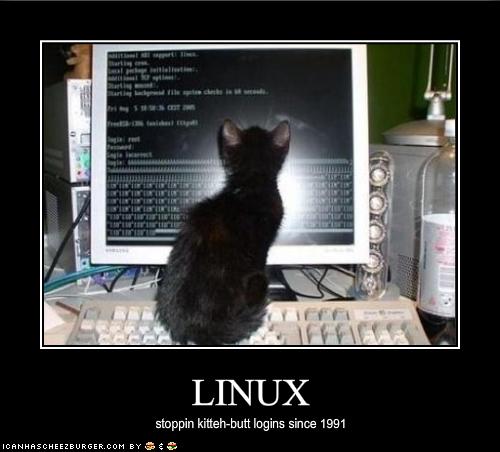 From the ‘I CAN HAZ LINUX?’ files:

The voting is done and we now have a name for Fedora 19 Linux which will be out sometime in early 2013.

The successor to Spherical Cow will be:

Ok so we know the rules are that the name of one release needs to be linked somehow to the name of the prior release.

So how is the Cat linked to the Spherical Cow?

That may be so..but personally i expect this to be a mega winfall for lolspeak. What is clear is that thanks to Beefy Miracle, Fedora names have gone off on a wacky tangent. Though I sure did like more logical names like Verne, at least these names are picked by the community and not just the next letter the alphabet and some animal name that no one has ever heard off.

Sean Michael Kerner
Previous articleJaspersoft 5.0 Upgrades Business Intelligence
Next articleHP ProLiant SL4500 is Built for Big Data. But Where is the AppSystem?