Mozilla Based Open Source Camino Mac Browser is Dead – Is anyone surprised? 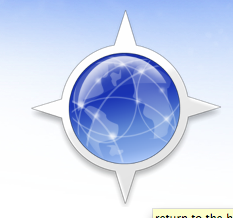 From the ‘Firefox Ate the SeaMonkey’ files:

The open source Camino web browser is no more.

Camino, much like SeaMonkey on Windows was kinda/sorta an extension of the historical Netscape/Mozilla browser, except Camino was for Mac OS X.

Reality is of course that with Chrome, Firefox and even Safari now all are very good browsers, the need for Camino was somewhat diminished.

The first time I wrote about Camino was February of 2006 when Camino 1.0 was released. It should be noted that it took four years for Camino developers to hit 1.0, so no this was never really a fast-track release.

As to why Camino is being terminated now a message on the Camino site stated:

Camino is increasingly lagging behind the fast pace of changes on the web, and more importantly it is not receiving security updates, making it increasingly unsafe to use.

Unsafe to use. That’s really the kicker isn’t it?