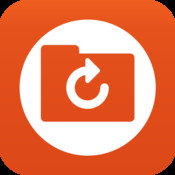 From the ‘Linux on the iPhone/iPad’ files:

A new Ubuntu Files app officially debuted in the AppStore today. This goes beyond the Ubuntu One Music app that has been available since last year providing Ubuntu One users with the ability to store and move files.

It’s a good idea and an obvious extension of Ubuntu One for files. For those that are already Ubuntu users on the desktop this one is a no-brainer.

Ubuntu One in the larger context however faces competitive challenges against rivals such as box, dropbox and others that seem to come out of the woodwork every other day. Apple has it’s own iCloud service too…but few of those services work on Linux.

There is also OwnCloud, which is real open source goodness (Ubuntu One has a tonne of proprietary code) if you want to do it all yourself. OwnCloud doesn’t have an iOS app yet though. The biggest challenge with all iOS syncing type apps is what they actually sync. For example, don’t expect to be able to use Apple’s Pages app to save and open docs from UbuntuOne.

But hey with 5GB of free storage and easy syncing with an Ubuntu box, the new iOS Ubuntu Files app is likely going to only help Ubuntu grow its UbuntuOne user base, regardless of all the competitive pressures it faces.

Sean Michael Kerner is a senior editor at InternetNews.com, the news service of the IT Business Edge Network, the network for technology professionals. Follow him on Twitter @TechJournalist