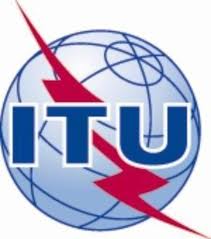 From the ‘Is it really a DoS’?

We’ve all been to plenty of tech conferences where connectivity is less than optimal. Thankfully that has become less of an issue in recent years, even as wireless speeds have grown. That’s why news coming out of the World Conference on International Telecommunications (WCIT) today really sounded strange to me.

The WCIT conference in Dubai is the one where (apparently) the UN is trying to ‘seize’ control of the Internet.

The news today is that one of the ITU websites was ‘interrupted’ late Wednesday.

“As a contingency measure, network traffic was redirected to a backup website hosted in another geographical region,” the ITU stated. “ITU has noted a significant increase in network traffic generated by the worldwide attention around WCIT-12, and in particular, the public interest in conference documents and webcasts of conference proceedings. Some performance degradation was experienced for two hours before normal operation was restored.”

Ok none of that is all that strange. Lots of users, they didn’t have the right capacity so they had to shift right?

Well except for the fact that the WCIT is now claiming that hacker groups claimed responsibility for the outage and traffic surge.

The reality is that an organization that is trying to ‘control’ the Internet should understand the realities of the modern Internet. Traffic bursts or even Distributed Denial of Service (DDoS) attacks are not uncommon for any website. I’d suggest that the ITU, as well as any large political organization, should leverage the power of the cloud and multiple availability zones – ALWAYS. That’s not something new that’s just a good best practice.

What’s also particularly ironic is that various organizations around the world have argued that the WTIC proceedings have been happening in private, behind closed doors. Those same websites that hackers allegedly interrupted seem to suggest otherwise, providing public available materials and access to those proceedings.

Don’t get me wrong, I’m personally no fan of UN control, intervention or oversight of the Internet, I’m just sayin….