Who is Charleston Road Registry? The Leading gTLD Applicant 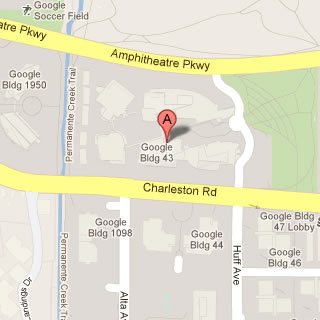 From the ‘Google’s New Company’ files:

The list really shouldn’t be a surprise, since as it turns out Charleston Road Registry **IS** Google.

Section 18(a) of the ICANN gTLD application form clearly spells out that:

Charleston Road Registry is an American company, wholly owned by Google, which was established to provide registry services to the Internet public.

So why isn’t Google just using it’s own name? Apparently the rationale is that Google already is a registrar and they wanted to have a separation for Registry services.

Now what about the name Charleston Road Registry?

That’s an easy one. Google’s official address is on Amphitheatre Parkway, but the Googleplex is actually between that street and…. Charleston Road.