Firefox 35 Set to Be More Responsive and Conversational 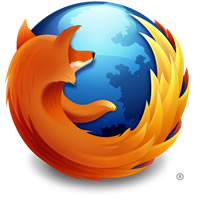 interesting new features that both end-users and developers will likely benefit from.

For end-users, the Firefox Hello WebRTC system is set to get a chat room type conversations model, which looks interesting.

From a performance perspective, one of the bullet highlights is the promise of improved handling of dynamic styling changes to increase responsiveness, though the same bullet is now present in the Firefox 36 (now known as the Developer Edition) build too, so we’ll see when/where that feature actually lands.