Oracle’s open-source NetBeans IDE could become the next former Sun Microsystems project to land at the Apache Software Foundation (ASF).  NetBeans has long been a rival 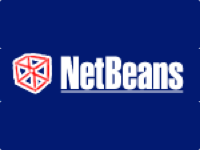 to the open-source Eclipse IDE and to Oracle’s credit, they have kept the project alive since acquiring it as part of the Sun acquisition in 2010.

Oracle has brought others open-source efforts to the ASF in recent years, including OpenOffice. Oracle has also brought the open-source Hudson effort to the Eclipse Foundation, though it makes no sense for NetBeans to go there (given that it’s a rival..), so it makes sense to choose the ASF for NetBeans.

“The role of open source technologies has evolved tremendously in the 18 years since the NetBeans Governance model was first established and Oracle wants to ensure that the project continues its success going forward,” a NetBeans.org post explains. “In order to support that success, Oracle is relinquishing its control of NetBeans and introducing it to Apache’s widely accepted governance model, which will provide new opportunities to the NetBeans community and stimulate further code contributions. “

NetBeans has approximately 1.5 million users so it’s not a small community that is moving either. The ASF knows how to foster communities and has a culture of developer meritocracy that will likely work really well for NetBeans.

Currently the NetBeans project is being proposed for incubation status with the ASF and i see no reason why it won’t be accepted.