The race to build bots, that is automated chat technology that responds to user queries, has gone all the way to President Obama’s home, The White House. The White House announced on October 14 that it is now open-sourcing its bot code in a bid to help enable more open collaboration and communication. 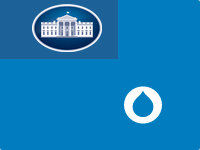 “To be specific, we are open-sourcing a Drupal module, complete with easy steps and boiler plate code,” Jason Goldman, Chief Digital Officer of the White House wrote in a blog post. “This will enable Drupal 8 developers to quickly launch a Facebook Messenger bot.”

The full code for the new White House Facebook Messenger bot is now available on GitHub, including complete installation instructions as well as the project roadmap. Among the large items on the roadmap (listed under ‘Enhancements and hopes’) is to actually make the project into more of a standalone, modular effort by refactoring code such that it’s usable outside of a Drupal CMS as well.