Wi-Fi We Can Be Thankful For

Black Friday is fast-approaching—and so is the end of Q4. If you’re looking to make a Wi-Fi-related purchase for business or personal use before the year ends, let our 2008 reviews help guide you. These are some of the Wi-Fi services, access points, client devices, accessories, and software we are most thankful for this year: 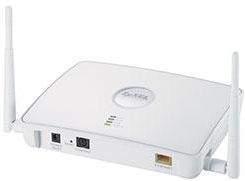 iPhone 3G (AT&T) [Reviewed: October 14, 2008] It’s not just hype that’s made the iPhone the hottest smartphone around. If you’re due for an upgrade, take a good look at the iPhone 3G.

iPhone 3G (Rogers) [September 23, 2008] Another expert weighs in on the iPhone 3G, this time the version from Canadian carrier, Rogers. His verdict? “What’s not to like?”

HAVA Titanium HD Wi-Fi [Reviewed: October 13, 2008] The Hava Titanium HD Wi-Fi’s ability to stream high-quality, if not high-definition, video and audio to around-the-house or around the world–and do it completely wirelessly–provides great television-watching flexibility. Anyone that wants to keep up with shows while on the move should check it out.

The Netflix Player by Roku [Reviewed: September 12, 2008] Oh, Netflix Player ($99), how do we love thee? Let us count the ways. For those of us who have a deep and meaningful relationship with our Netflix queues, the opportunity to remove the wait—and the possibility of scratched, damaged, or lost DVDs—is something of a dream come true.

HP iPAQ 110 Classic – PDA [Reviewed: July 11, 2008] The iPAQ 110 may look like a museum relic from the days when everyone had a PDA in his or her pocket, but that’s not a bad thing. And some modern upgrades–such as Wi-Fi–give this old school device a contemporary edge.

T-Mobile Shadow–A Smooth Operator [Reviewed: January 9, 2008] This new Wi-Fi-enabled smartphone from T-Mobile is both full-featured and surprisingly easy on the eyes.

ASUS AIR Internet Radio [Reviewed: January 30, 2008] The interface is awkward, but the sound quality, design, and easy set-up more than make up for it.

Apple MobileMe [Reviewed: August 12, 2008] Now that the bugs are worked out, MobileMe delivers a smooth and seamless experience that makes using the service hassle-free for iPhone and iPod touch users.

iPhone 2.0 Software Upgrade [Reviewed: July 21, 2008] There’s much to like about the 2.0 software upgrade, which adds a huge variety of features and programs to the iPhone and iPod touch.

Best Mac Tools: Five Indispensable Apps [Reviewed: March 19, 2008] Guest columnist Michael Hall offers up a handful of Internet applications that every Mac owner needs to know about. Some have their flaws, but they’re certain to enhance your daily ‘Net experience.

Propel’s Personal Bandwidth Manager [Reviewed: March 7, 2008] Introducing the tool that shows the user when the problem’s on the PC, not on your network.