This week was NVIDIA’s GTC conference, and one of the big announcements was that NVIDIA is building a supercomputer for a digital twin of the Earth. Called Earth 2, this will be a massive effort to create an accurate simulation for the planet that could be used to develop a cost-effective method to mitigate climate change.

But to build that out and the thousands to millions of other Metaverse efforts, people will need affordable, easy-to-use tools and a ton of collaboration.

Certainly, engineers already working in this space will justify the cost of expensive workstations. Still, those just beginning to train and understand the Metaverse are more likely to want more OPEX service and an easy onramp to explore the technology and develop the related skills.

This week, HP rolled out just such a service, compliments of the company’s recent acquisition of Teradici. It may be the best way for a company or an individual to develop the skills needed to build massive Metaverse concepts. The Metaverse is slated to rival the internet in size and scope eventually.

As a next-generation service, it has built-in components that provide collaboration, because building anything in the Metaverse will require a lot of collaboration.

It used to be that productivity users got PCs and engineers got workstations, but over time, other employee classes have also gravitated to the more robust platform. Animators, modelers, film editors, special effects technicians, designers, architects, and those that build simulations have grown to prefer workstations.

But too often, the cost of the workstation limits the ability of a company to provision the employees that need it. The emergence of cloud PC and workstation offerings promises (assuming you have adequate bandwidth and low enough latency) to have a workstation experience without the initial workstation cost. 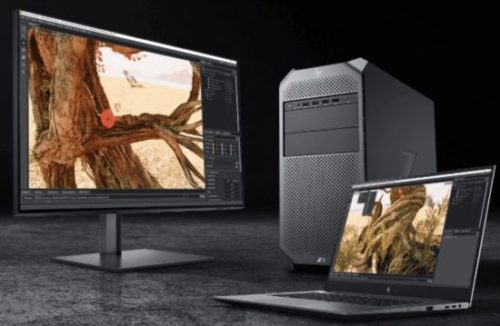 This solution means you don’t have to buy hardware. The offering is flexible, though, so if you want to buy the hardware, you can but, assuming you have sufficient bandwidth and low enough latency, why would you want to?

The exciting part of this solution is that it blends several emerging concepts into a single solution. It is a tool that will help create the Metaverse at scale using a cloud service to do so. You get two cutting-edge concepts, cloud workstation access with Nvidia’s 3D Omniverse platform, for something genuinely unique and well-timed.

And the workstation is also an exciting blend of technology that uses the Microsoft WSL 2 blend of Windows and Linux. You can use Linux as the technical platform but still have access to the Windows applications and productivity tools you need for other parts of your job.

And the service nature of this allows you to use a PC, Chromebook, laptop, or thin client as your hardware device. Your choice. Early testing by a diverse team of data scientists (men and women) blessed this solution and indicated it was a game-changer.

In the future, this virtual workstation approach will become less the exception and more the rule to better match the daily changing needs of workstation users who don’t need a workstation for everything and whose workstation performance needs will likely change depending on the related task.

The Metaverse is coming with concepts that range from office buildings and factories to the entire world. Building these virtual worlds will take millions of people working over the years with heavy collaboration. Digital assets will be created and shared, new real and imaginary worlds will be built, and we’ll likely have digital twins of ourselves and everyone we know. You can’t have a new world without someone equipped to build it. HP and Teradici have stepped into that role.

Further reading: Facebook Becomes Meta, But Did It Move Too Soon?