Full-disclosure here, I’m a big fan of Sense, the IoT sleep tracker device developed by San Francisco startup Hello. That’s why I personally was terribly disappointed to get an email earlier this afternoon from the company saying it was going out of business.

The company had raised approximately $40 Million in venture funding and had led a successful Kickstarter as well. I personally purchased several 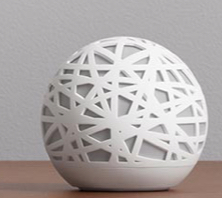 Sense devices for friends and family at Target’s Open House store in San Francisco, which is (or was?) one of Hello’s retail partners.

The company is trying to find someone to pick up the assets, but no luck so far. I’m assuming it no longer has the money to fund day to day operations, which is why the shutdown notice went out today.

Sense and the newer Sense with Voice are hardware devices, backended with a cloud service and mobile apps. The hardware not only acted as sleep tracker, but also provides into the environmental conditions in the room as well including, Air Quality, light and noise.

So yeah I really love the Sense and am sad to see it gone. Hope the service gets open-sourced in some way such that I can run the code on my own server for the cloud service.

Following is an excerpt of the official email sent from Hello to customers: 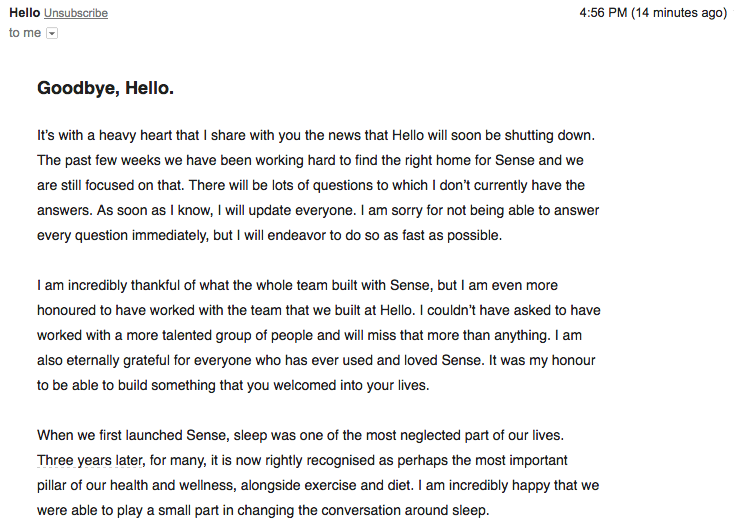 Sean Michael Kerner
Previous article
OpenStack Radium? Maybe, but it could be Formidable
Next article
Linux SystemD Wins Pwnie Award at Black Hat, and No It’s Not a Good Thing