A sharp rebound today, but not quite enough upside volume for an all-clear signal. Still, yesterday was the first time that both downside volume and declining issues reached 90% on the NYSE since Oct. 27, 1997, so some sort of bounce was due. We wouldn’t be surprised to see a retest of the lows, or perhaps even lower lows with positive divergences, but we also wouldn’t be too surprised if the indexes continued higher from here, based on today’s strength. One negative we’d note is that commercial futures traders shorted the big S&P contract again this week. If that continues a while longer, the next high could be it for a while.


The Nasdaq (first two charts below) issued a buy signal under Gerald Appel’s Nasdaq-NYSE relative strength ratio. That’s good news for the techs, which have been market laggards since November, and also good news for the broader market, which tends to do best when the techs lead. For Monday, 2582 is triple resistance for the techs — a big test there. 2550-2555 is first support. 1520 looks like tough resistance for the S&P (third chart), while 1500 is support. The Dow (fourth chart) made a nice recovery today. 13,370 is first support, and 13,530 is important resistance. The 10-year yield (fifth chart) peaked at 5.25% overnight, last summer’s high and the point where interest rates are neutral. 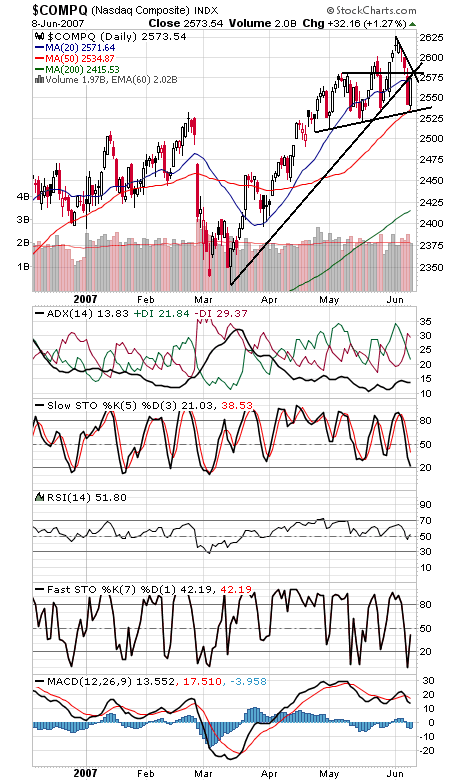 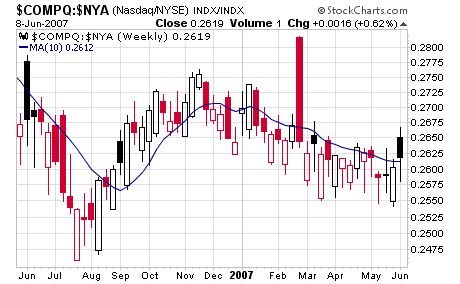 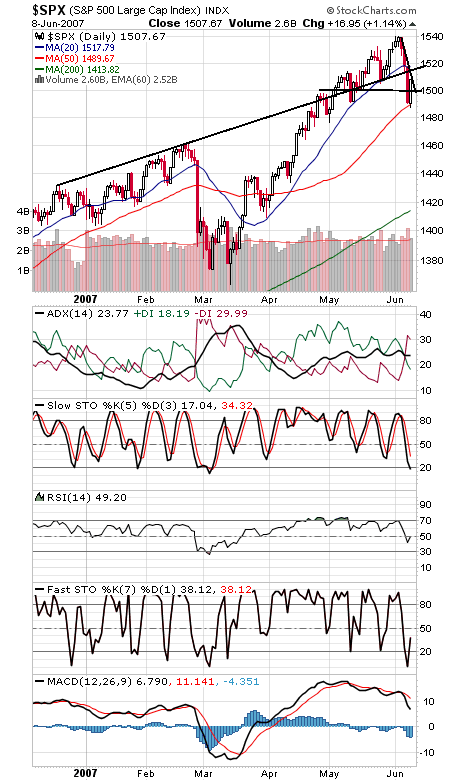 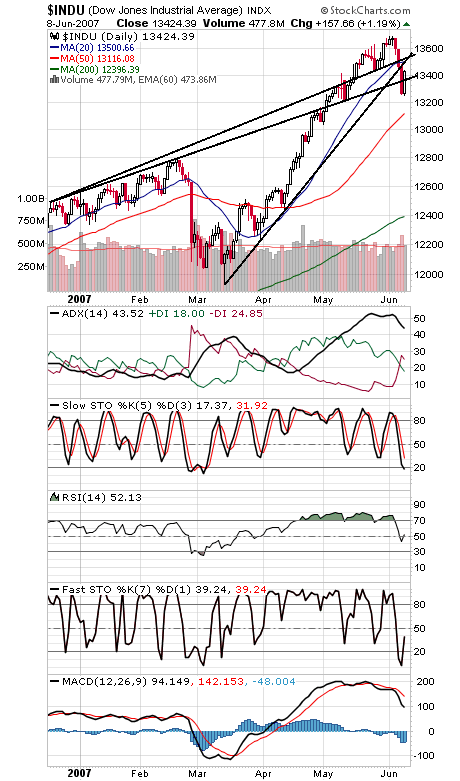 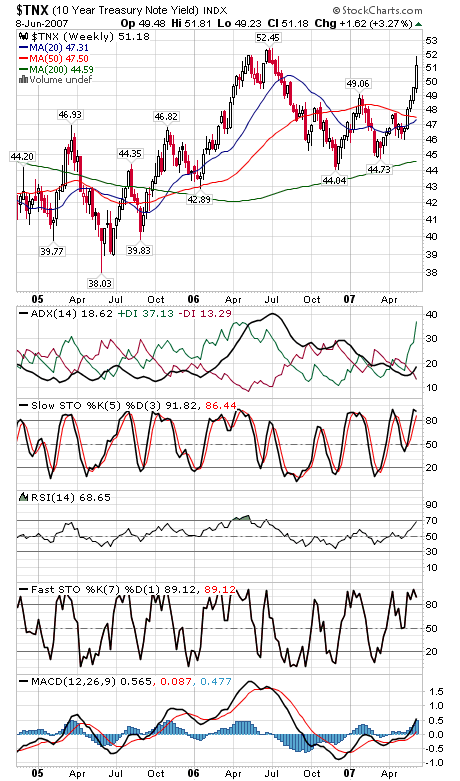