After rallying through two years of Fed rate hikes and inflation fears, the market already seems convinced that the Fed can limit any economic weakness. The lack of fear of a recession is almost as amazing as the market’s unwavering faith in the Fed’s ability to control inflation. Are we really going to get through the weakest part of the four-year cycle without fear of inflation or a hard landing catching up with the markets? Time for a correction is running out; in a couple of weeks, the cycles will begin to turn positive, although four-year cycle lows have come as late as November or December. But one thing is clear about the history of mid-term year lows: they tend to hold for at least the following three years, with 1930 the last exception. So whatever the year’s low — at the moment, 10,683 on the Dow — it’s likely to last for some time as we head into the most positive part of the four-year cycle. Has the four-year cycle low already occurred? In a matter of days, the answer will become “likely.” 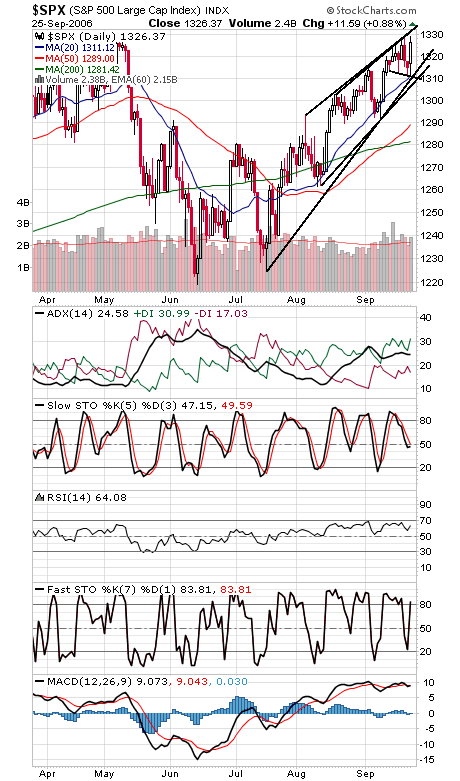 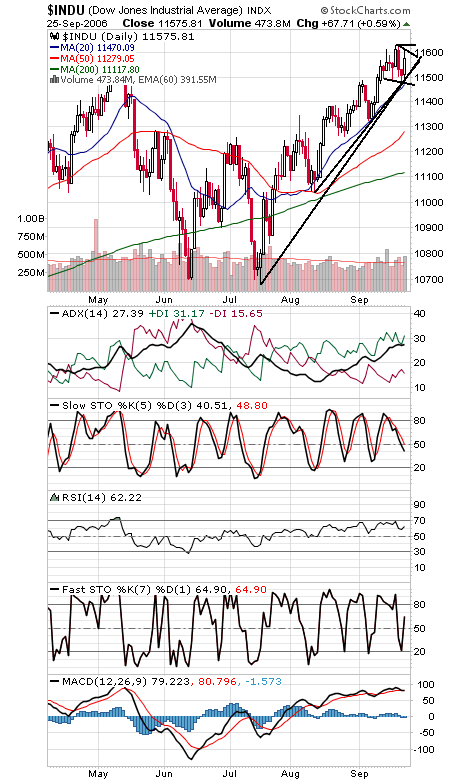 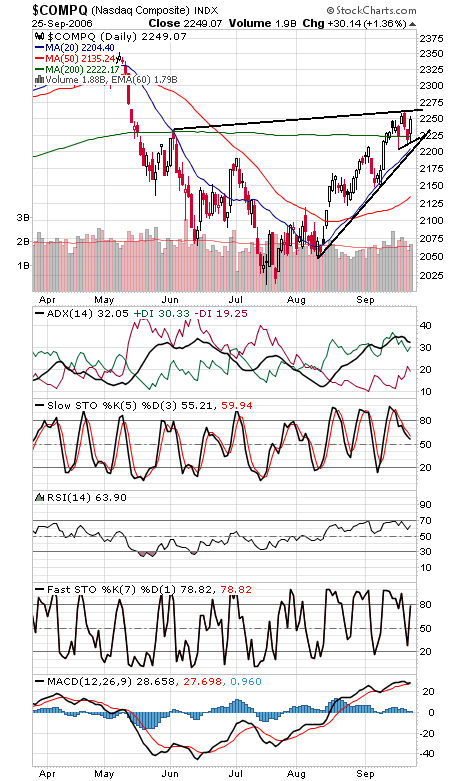 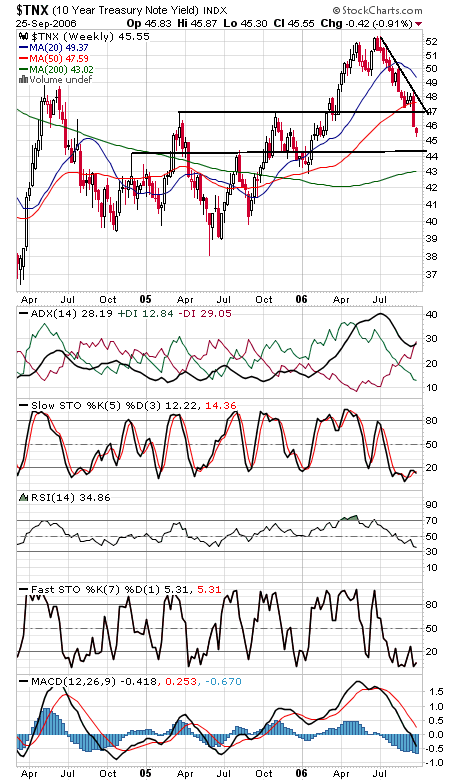