Technical Analysis: Another Near Miss

Another near miss for the Dow (first chart below) at its all-time high of 11,722-11,750 today, but with window dressing and inflows propping up the market the next two days, it would be surprising if the index couldn’t clear that level. As we move into October, however, slowdown fears, earnings concerns and mid-term election worries could all begin to be felt by traders. To the downside, 11,660 is shaping up to be important short-term support, with 11,630 and 11,550 below that. One reason it’s been hard to get too excited about the rally despite the positive sentiment environment is the lack of broad participation. Just look at the Transports (second chart), which are lagging badly despite sharply lower energy prices; more slowdown evidence, and an important non-confirmation of the Dow’s advance. The S&P (third chart) got stopped at 1340 resistance again today. Above that is 1343 and 1350, and 1333-1335 is important first support. The Nasdaq (fourth chart) faces resistance at 2275-2280 and 2293-2300, and support is 2260-2262, 2253, 2250 and 2243. Bond yields (fifth chart) gave up a little more ground today. 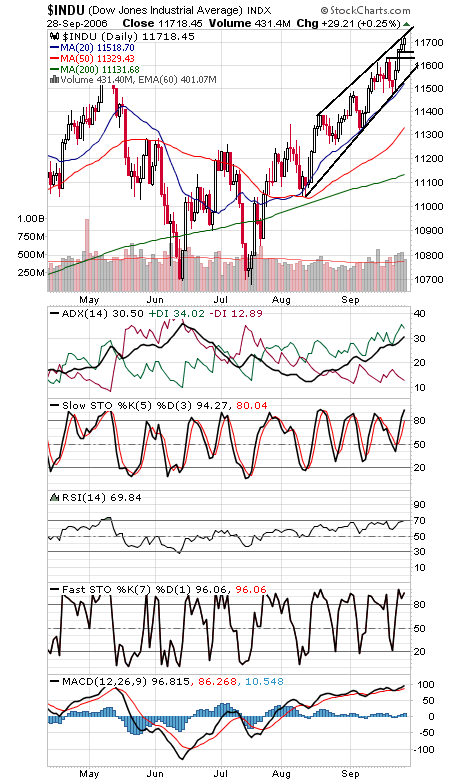 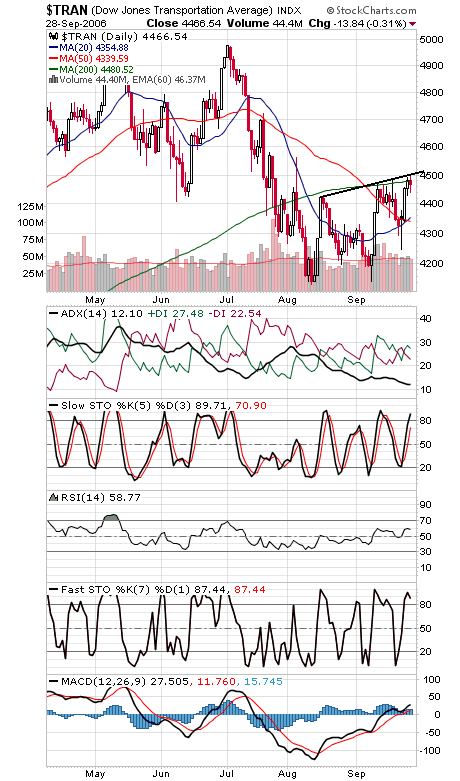 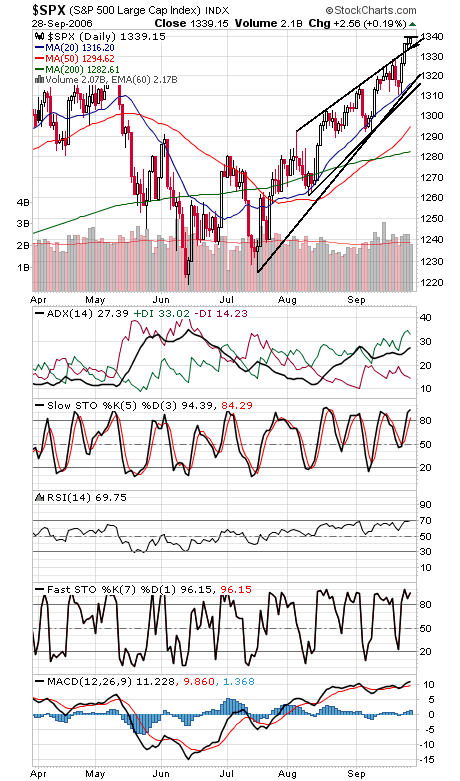 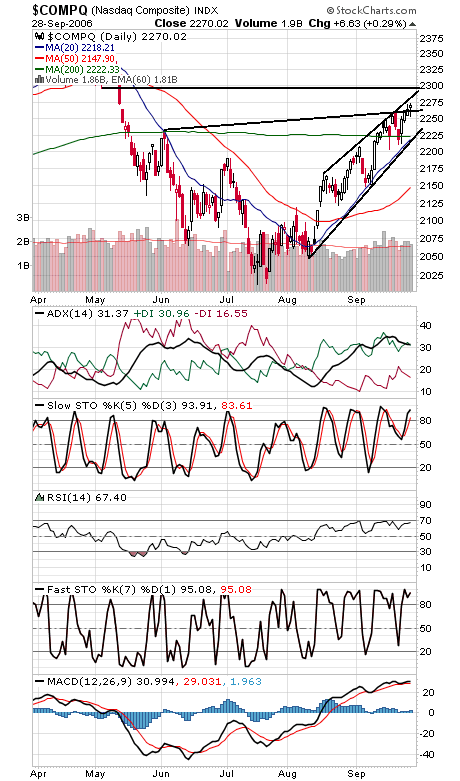 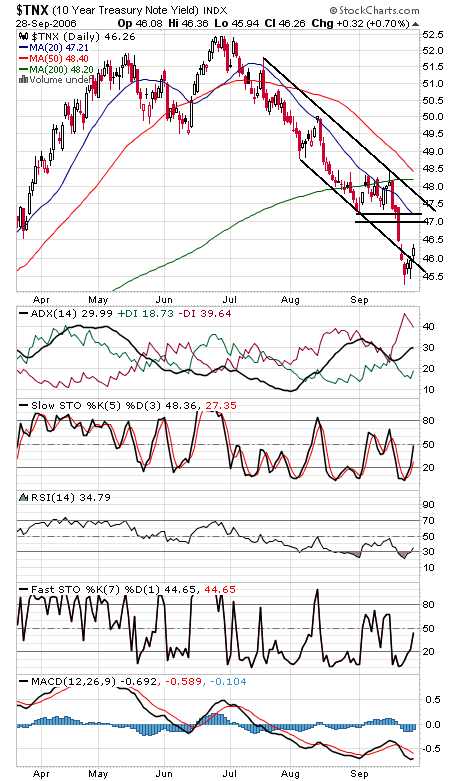