Technical Analysis: Back in a Familiar Spot

From major support to major resistance in two days; the yo-yo market continues. The Dow and S&P (first two charts below) are right back at the upper channel lines that have been cause for a pause for the last 3-4 months. If recent trading history holds, the indexes should bump up against the lines for a few days, making modest progress before pulling back. On the other hand, if they can push through, we’ll either get buyers’ exhaustion or a moonshot. No pattern continues forever, but this one has been persistent and fits both the seasonal and four-year pattern, so it could well hold up until mid-year. We’ll give it the benefit of the doubt until the pattern changes. That doesn’t give the indexes much upside room in the next couple of days, say 1459-1460 on the S&P and 12,775 on the Dow. 12,700 is first support on the Dow, with 12,607 a key level below that, and the S&P has support at 1453, 1450 and 1443-1446. The Nasdaq (third chart) finally took out 2471 again, but then got stopped at a downtrend line off last month’s high. 2494-2495, 2500 and 2509 are resistance, and 2471 should once again be support. Stocks weren’t the only thing Bernanke gave a boost to today (see 10-year yields, fourth chart). Yields have a lot of support between here and 4.69%, however. 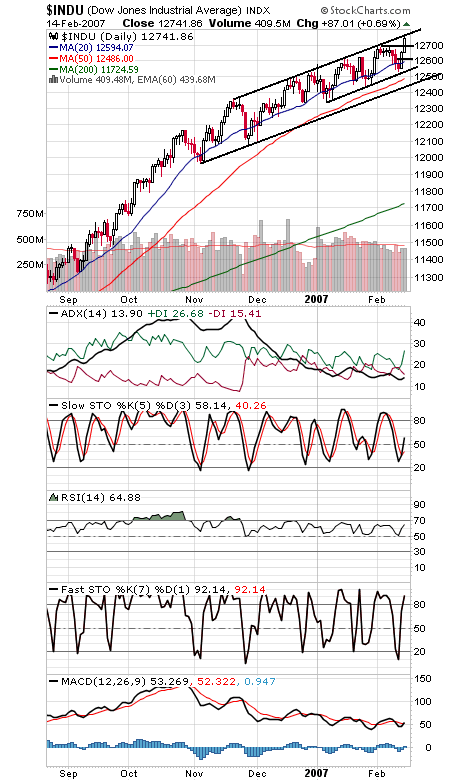 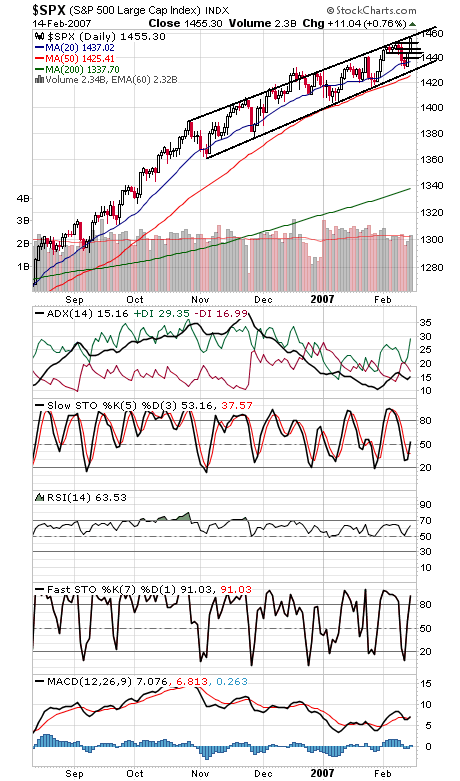 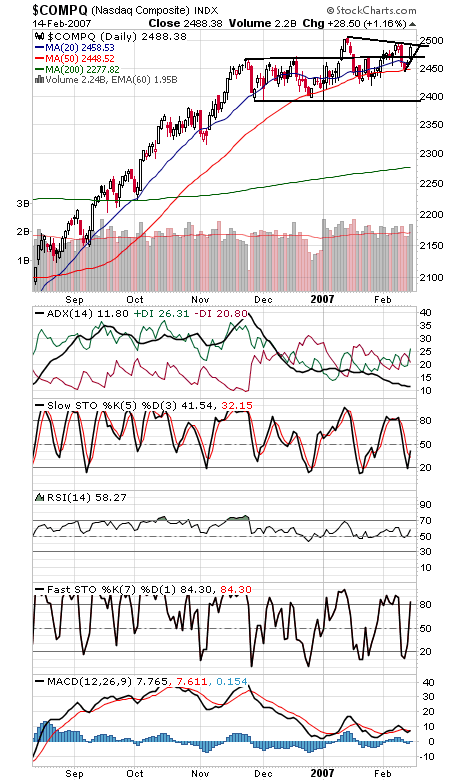 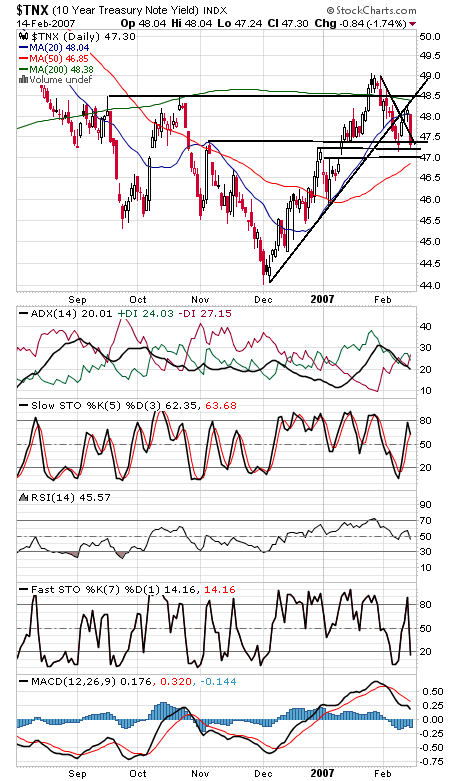