As we said last Friday in the midst of the Bear Stearns implosion: “at the first sign the world isn’t going to come to an end, we could get a heck of a rally.” We got that today from Lehman Brothers, and stocks responded with a powerful upside move.

We’ve had a cathartic sell-off with extreme bearishness followed by a powerful upside reversal: if the bulls can’t make this one stick, they should probably throw in the towel.

In the short-term, we could get a pullback after today’s action, but at this point, the lows have held on multiple tests and shouldn’t be seen again if we’ve begun a new uptrend.

The 10-year yield (fourth chart) could be headed higher if it gets back above 3.5%.

And the Transports (fifth chart) aren’t far at all from giving the first hint of a new uptrend under Dow Theory. 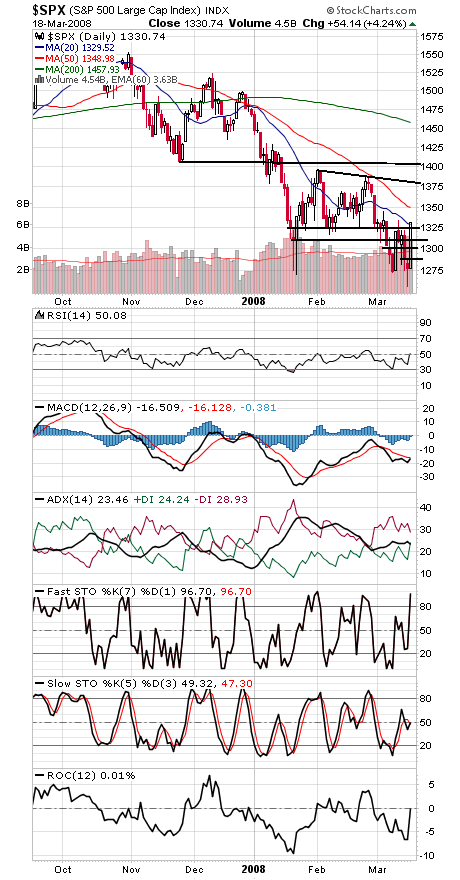 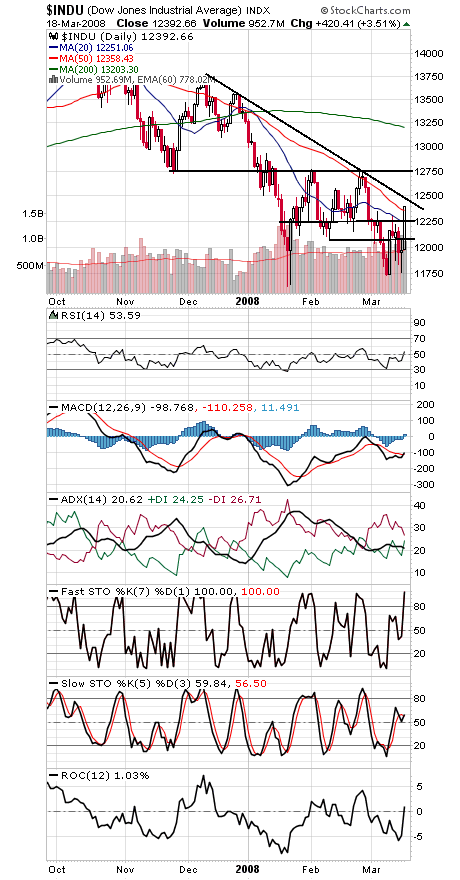 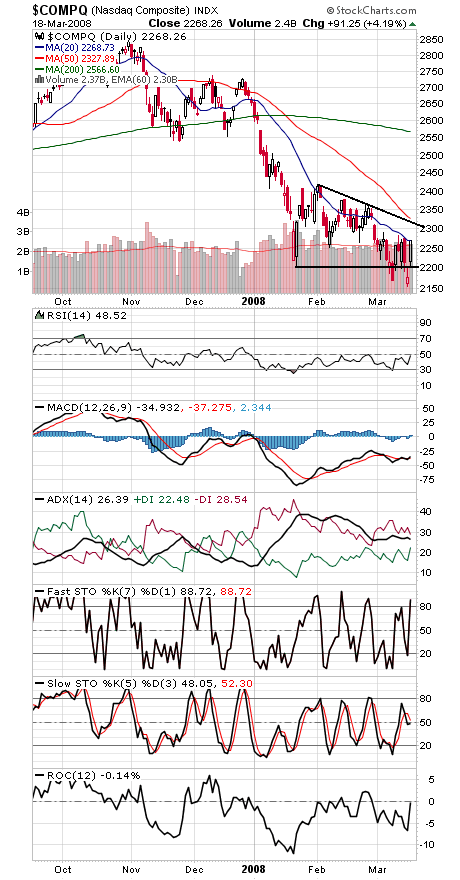 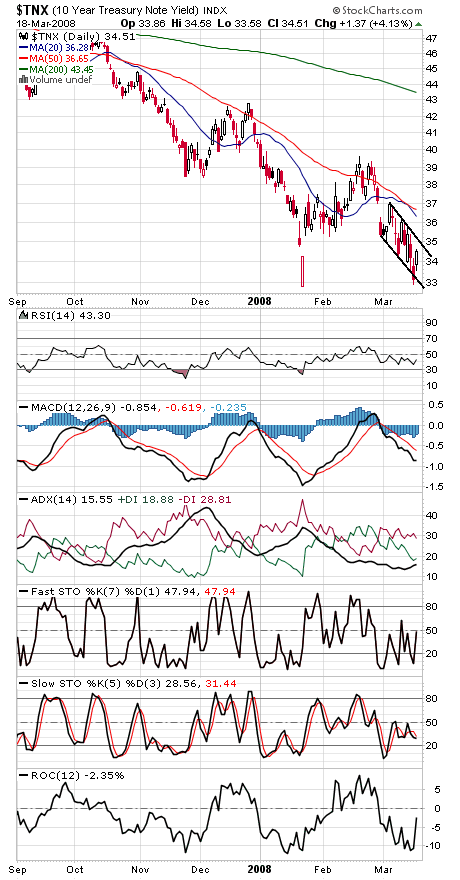 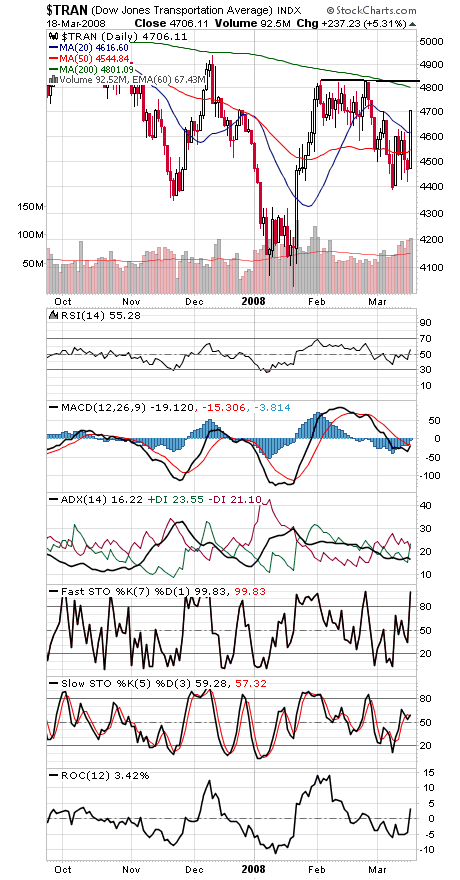