After struggling at their downtrend lines the last few days, the major indexes appear headed for their first big test since the rally began last week.

Part of the problem for the bulls here is the lack of buying pressure that could cement a low. Without that, volatility, including a retest of the lows, remains a possibility.

The Nasdaq (first chart below) managed to clear its June downtrend line before giving it back the last two days. The next support levels are 2250 and 2200, and 2280 is major resistance if the bulls can turn it around tomorrow. 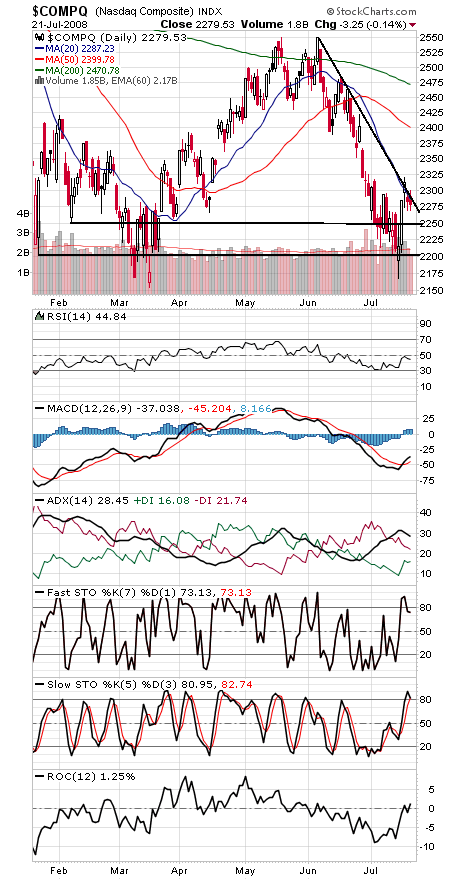 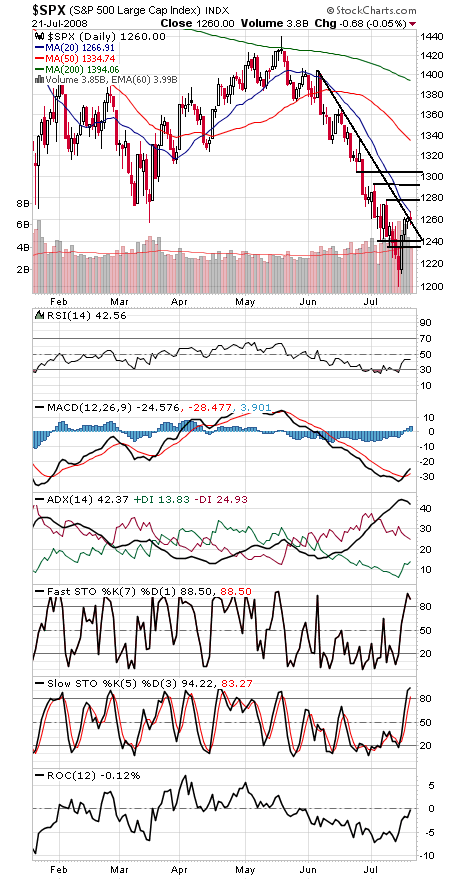 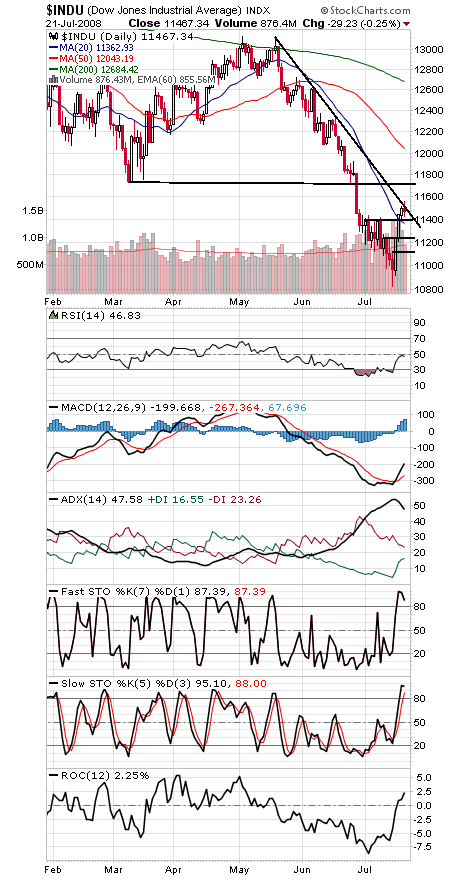