One heck of a rally the last two days, and why not? As the financial crisis has now claimed the biggest U.S. financial company by assets, it could certainly be argued that the news can’t get any worse.

The indexes have now moved back into their October trading ranges, a nice reversal of last week’s breakdowns. They have much more work to do if they’re going to put in a major bottom, but the ability to recover from a major breakdown is a good start.

Finally, the dollar (fourth chart) could be topping out here, which could provide an opportunity for gold (fifth chart). 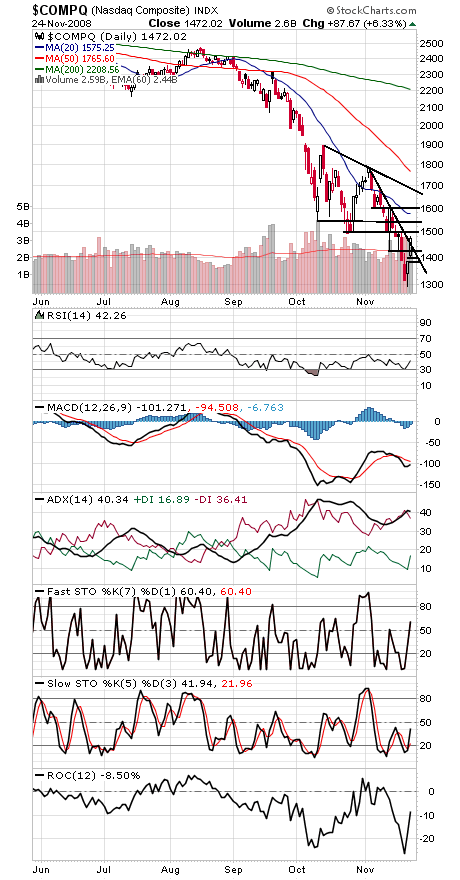 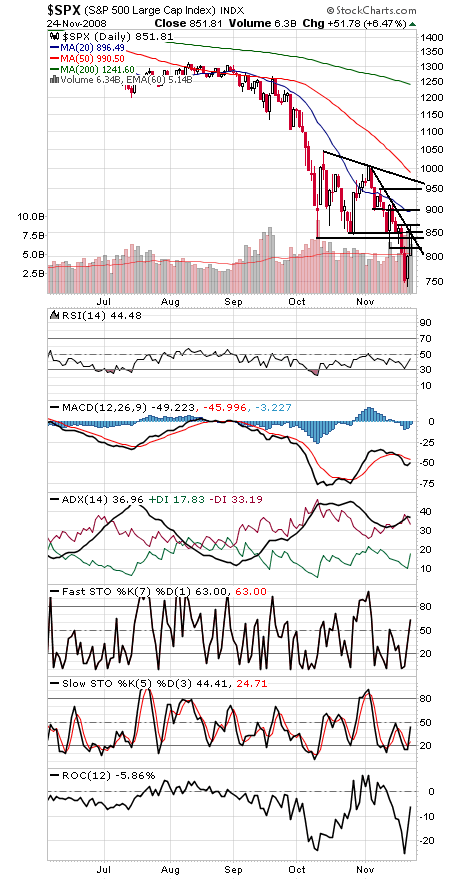 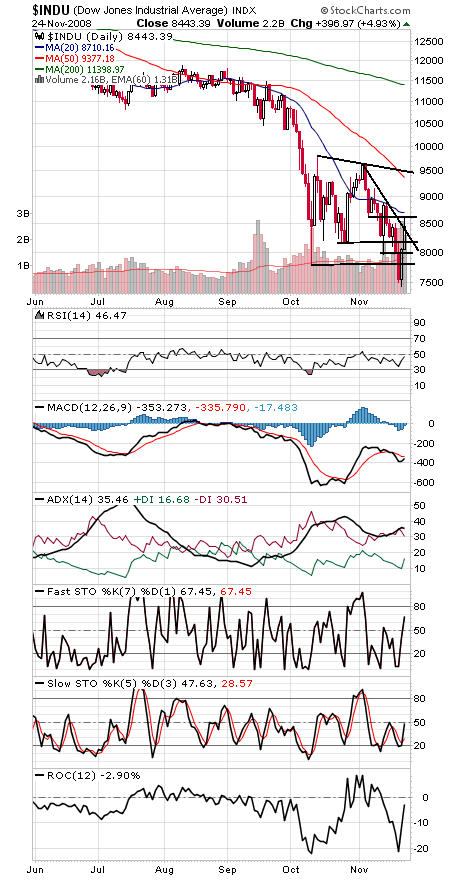 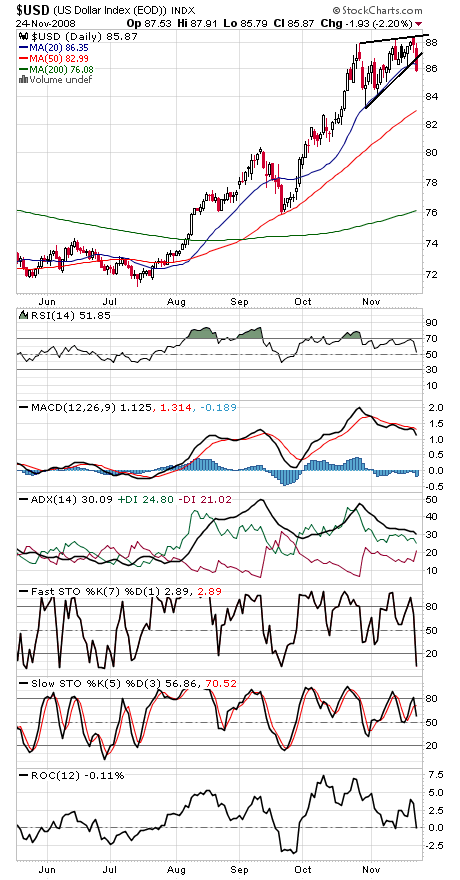 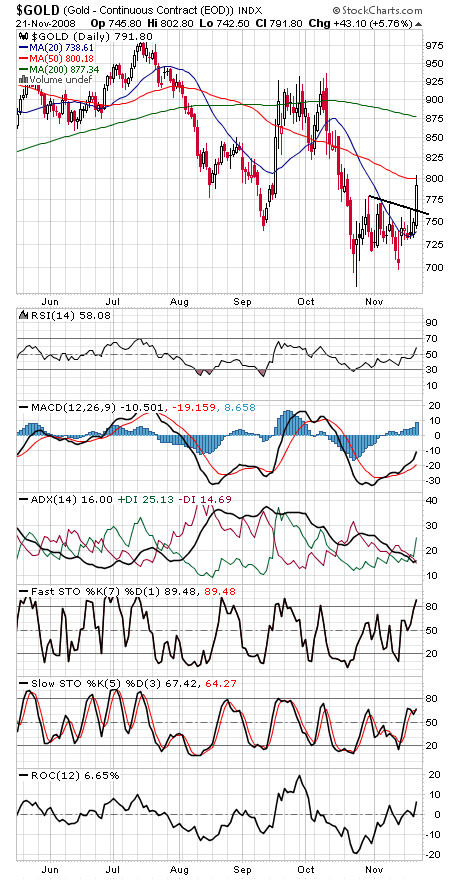