An impressive showing by stock market bulls today — with the caveat that they also bought last month’s dismal jobs report before sending the market more than 15% lower.

Still, today was noteworthy because it included a pretty important breakout on the S&P (first chart below), which ended the day above its September downtrend line. A higher high above 896 would give added weight to the bullish case. To the downside, it would be nice to see that breakout hold — the broken downtrend line will be at about 860 on Monday and declining at roughly five points a day. 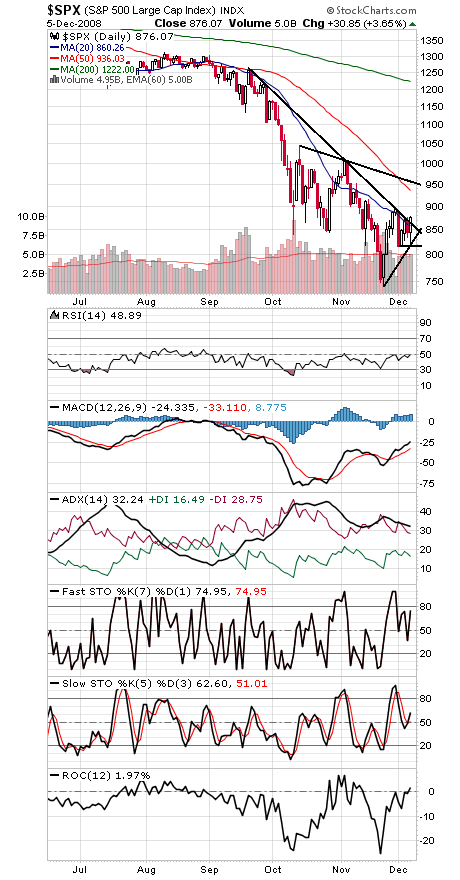 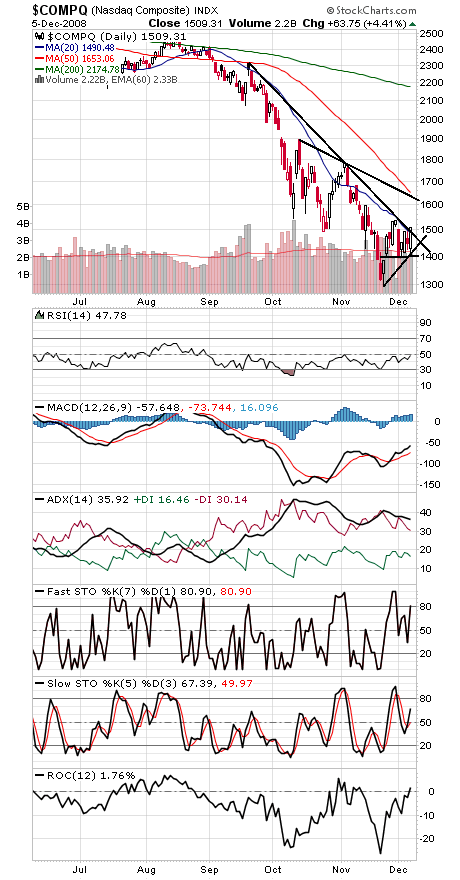 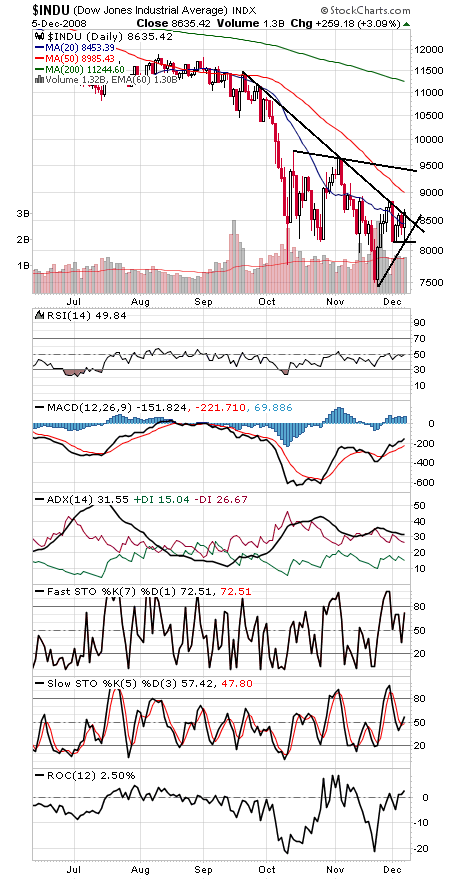