We have an extremely oversold market coupled with extreme pessimism (the latest Investors Intelligence weekly survey showed 47% bears and 27% bulls, the most extreme reading since 1994-1995), but we won’t get a bottom until we see buyers come rushing back into this market.

The S&P (first chart below) keeps making lower highs here; breaking that pattern with a move above 1277 would be a good start. Above that, 1286, 1292 and 1304 are the next resistance levels.

The higher low today in the Nasdaq and bank stocks (third and fourth charts) is a minor positive divergence from the Dow and S&P, which set new intraday lows today, but again, we need to see buyers step up in force. 2200-2214 and 2155 are support on the Nasdaq, and 2276 and 2294 are first resistance levels. 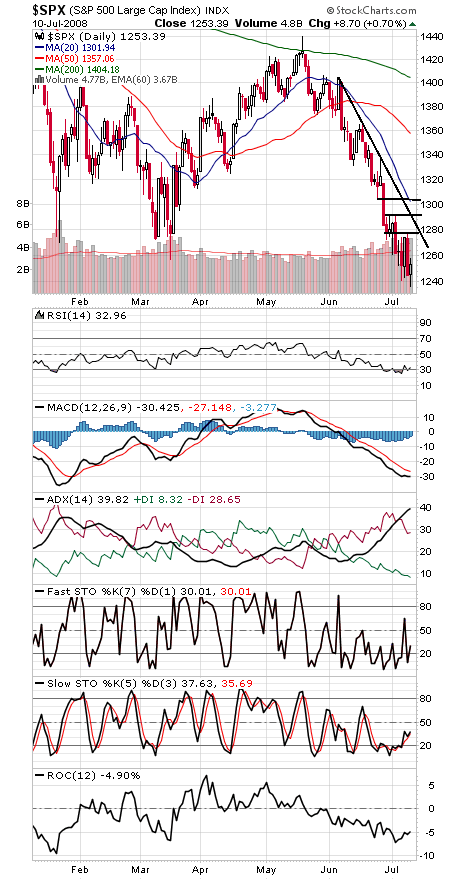 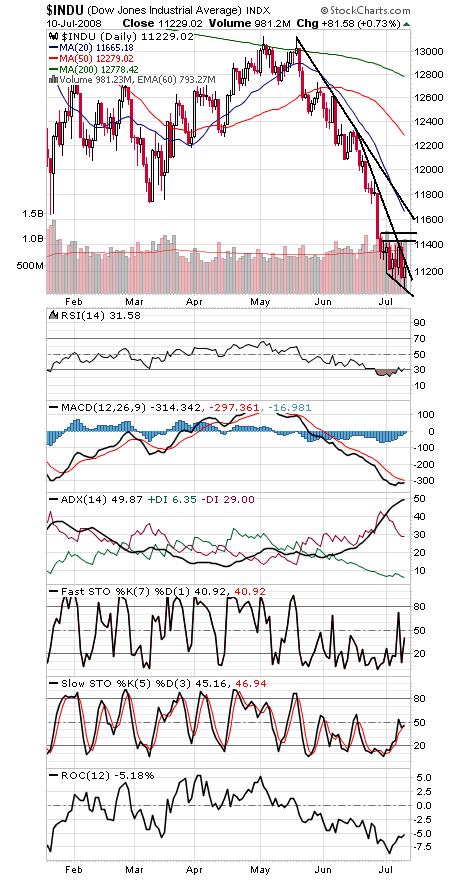 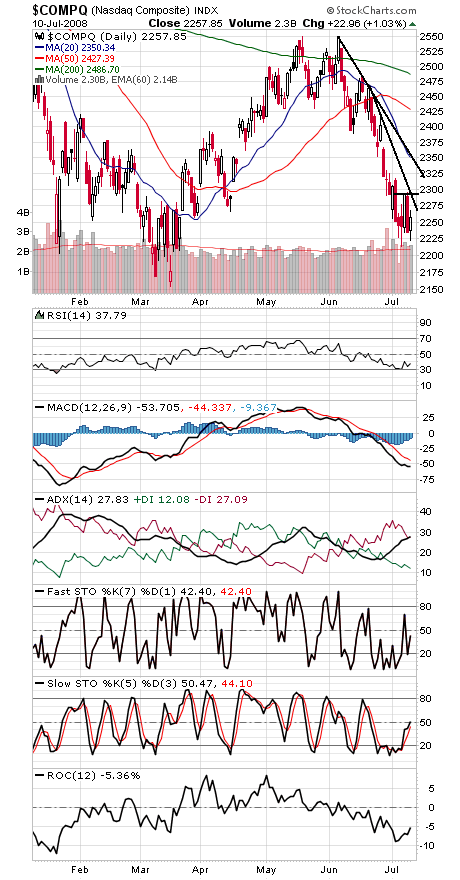 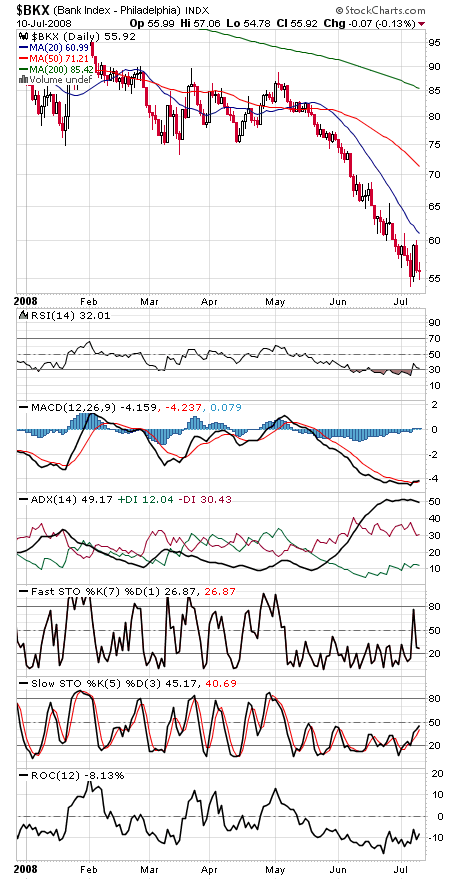