Technical Analysis: Chips, Banks Are the Ones to Watch

Little has changed from our last update a week ago: the market put in a credible bottom just in time for the strongest part of the year historically and has built on that base nicely since. But with sentiment mixed, the Nasdaq and S&P facing some critical tests and some key indexes continuing to lag, the year-end period could continue to be choppy.


The market’s strength in the next few months will likely have much to do with the ability of the financial and semiconductor sectors (see first two charts below) to right themselves from their own mini bear markets. Both are hovering near their August lows and will need to turn up sharply if the broader market is to have much of a chance of a significant advance.


In short, the bulls have the advantage, but they need broad participation to pull it off.

The 10-year-yield, meanwhile, returned to neutral after today’s rate cut (see third chart below). 4.5% has become a fulcrum here; whichever side of that line the 10-year trades on will say much about the bond market’s perception of where the economy is headed. 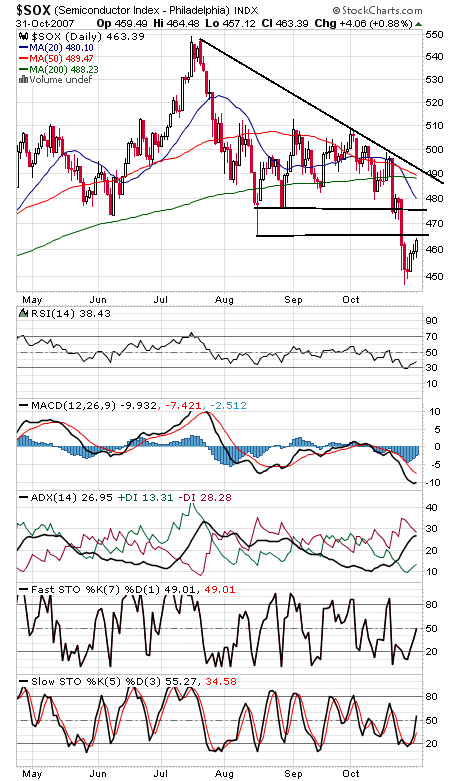 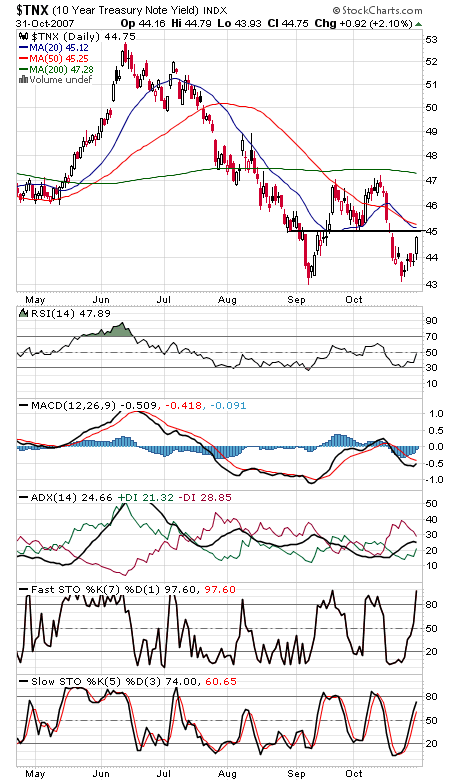