The market finally got the interest rate cut it was looking for today, but did it come too late? A half-point rate cut a week ago, when the S&P 500 (first chart below) was still above 1370, would have been better than a three-quarter-point cut after the breakdown, but there are nonetheless some positives here for the market to build on.


For starters, sentiment indexes like ISEE are showing a lot of bearishness, while commercial futures traders are buying. And check out today’s big spike in the VIX (chart two, the options volatility index).


But more importantly, at today’s lows, the indexes were as oversold as they were during the Asian currency crisis of 1997-1998 (see the ROC indicator at the bottom of the charts below). A weekly close about 1% lower from here would be even better, but the indexes are nonetheless pretty extended. They’ve only been more oversold three times in the last 20 years than they were at their lows today: October 1987, September 2001 and July 2002. Let’s hope they don’t have to get that stretched before they snap back.


Beyond that, we’d like to see positive divergences in momentum (ROC again) and new highs and lows stabilize for the market to begin to form a bottom. 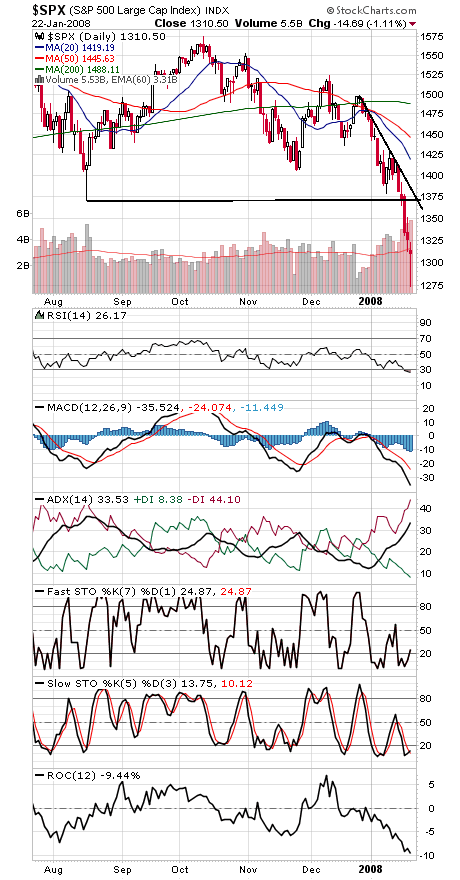 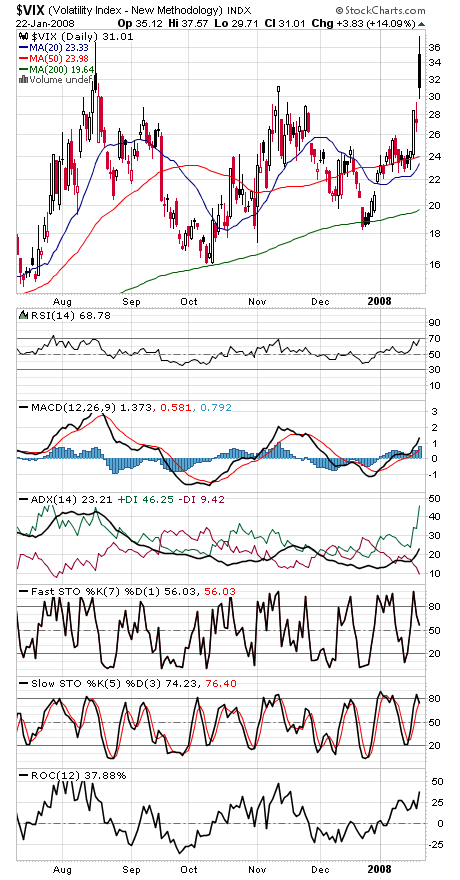 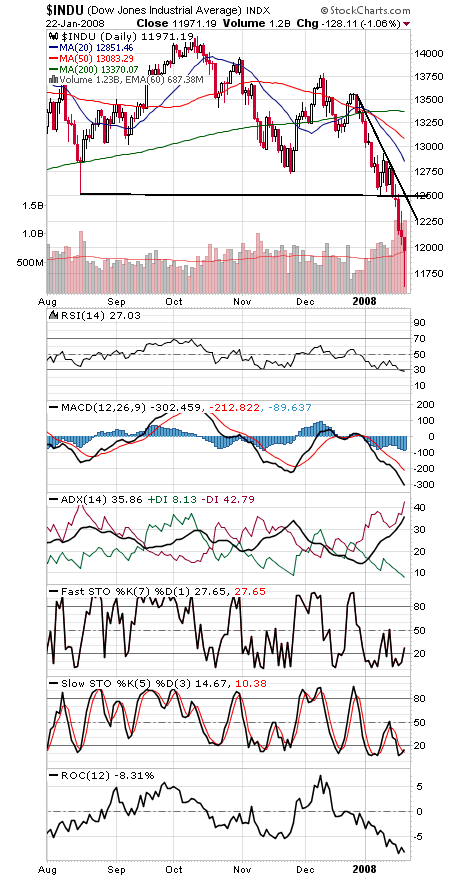 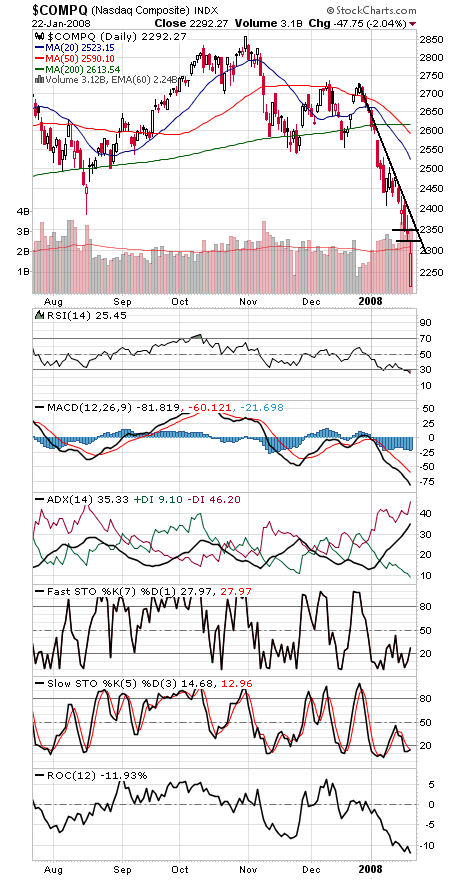