We’ve had two days of bad inflation reports and the market hasn’t turned tail yet, so it’s likely that stocks will see some more upside in the near term. We’ll see how that theory pans out next week when expiry hedging unwinds, but the market’s resilience is a plus here. Still, we didn’t get the solid upside buying we were looking for to cement a bottom; perhaps the market can still deliver that next week, but we’re inclined to think the market has some more work to do building a bottom. Besides, one more low could form some nice bullish falling wedges on the major indexes. The S&P (first chart below) broke a downtrend line this morning but then reversed lower at 1397-1400 resistance, now a big hurdle for this rally attempt. The next support level down is 1378-1380. The Dow (second chart) failed at its downtrend line today; that line will be at about 12,175 on Monday. First support is 12,050-12,080. The Nasdaq (third chart) is acting a little better than its blue chip counterparts, but it faces a wall of resistance at 2390-2407. Support is 2360-2364 and 2350. At least treasury yields (fourth chart) aren’t making much upside progress either, but they are trying. 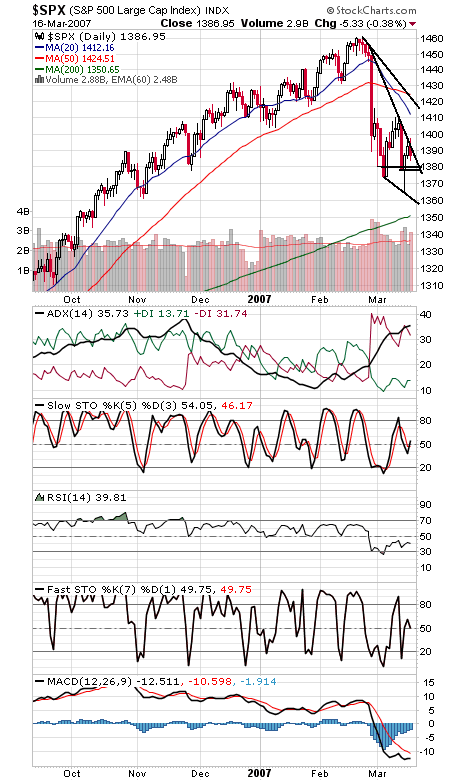 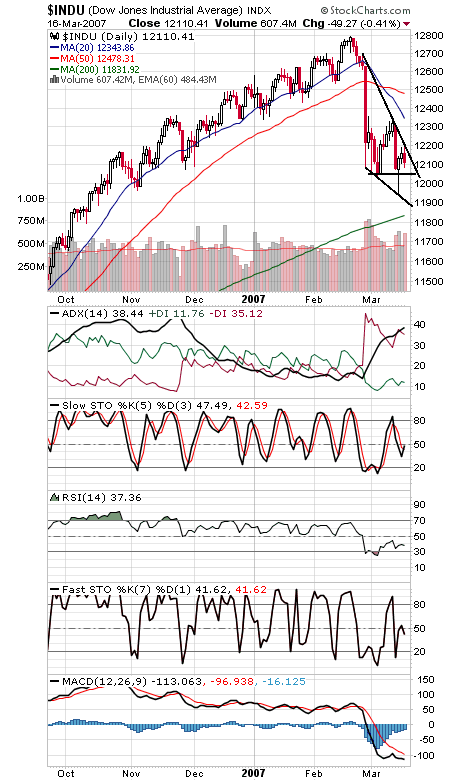 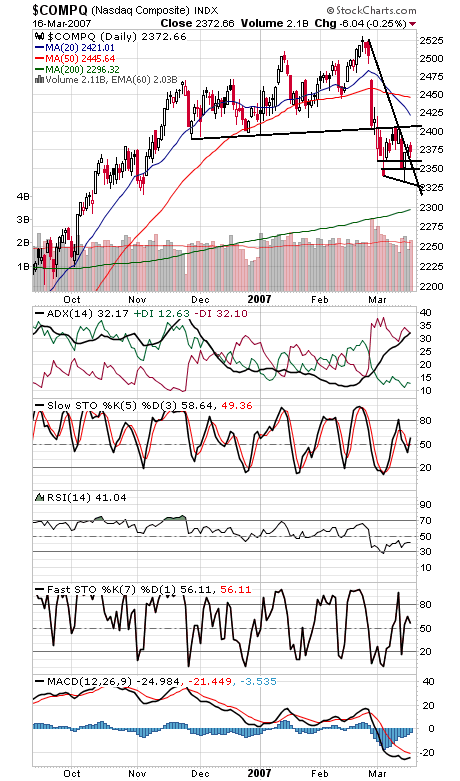 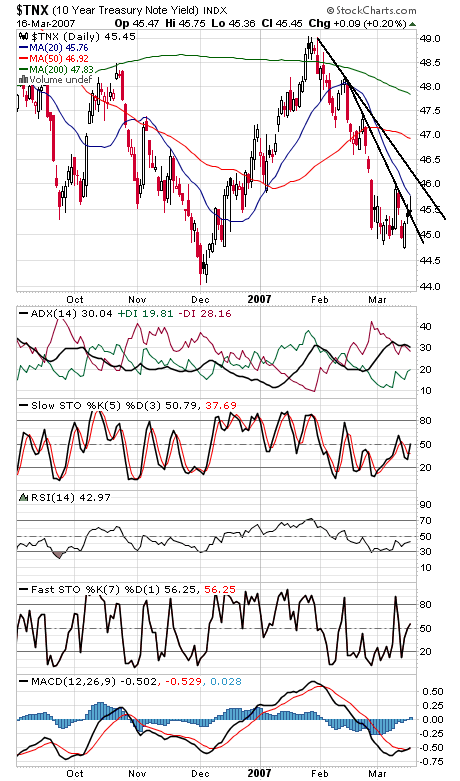