We said the stock market looked like traders might “sell the news” after the election, but not before a big head fake up. That often occurs on the final move of a wedge or ending diagonal, an “overthrow” that fools traders before the pattern breaks in the predicted direction.

Now that momentum appears to have turned down once again, where will the selling stop? About the only good news is that we’re not far from major support, so we should know soon if we’ve begun another wave down.

And on a speculative note, the most common Elliott wave view of the market here is that the indexes have been in a large Wave 4 correction in a downtrend since the October 10 low, which could mean another wave down to new lows — to be followed by a strong rally, if not a new bull market. A potential pattern to keep an eye on. 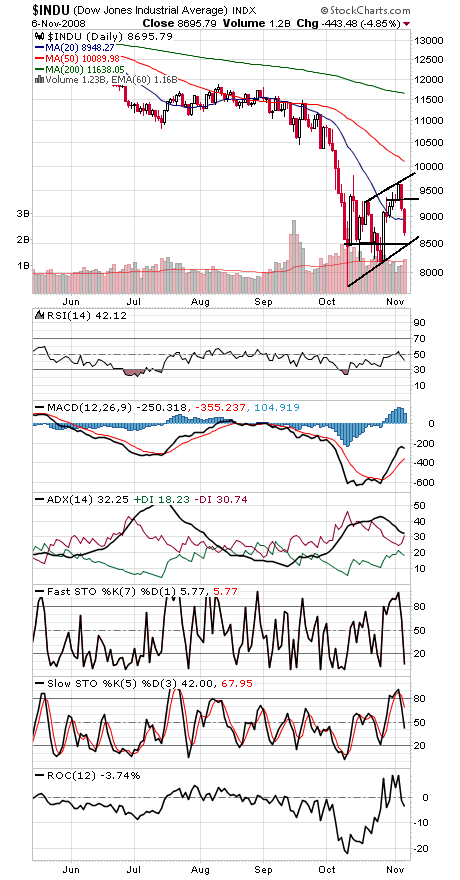 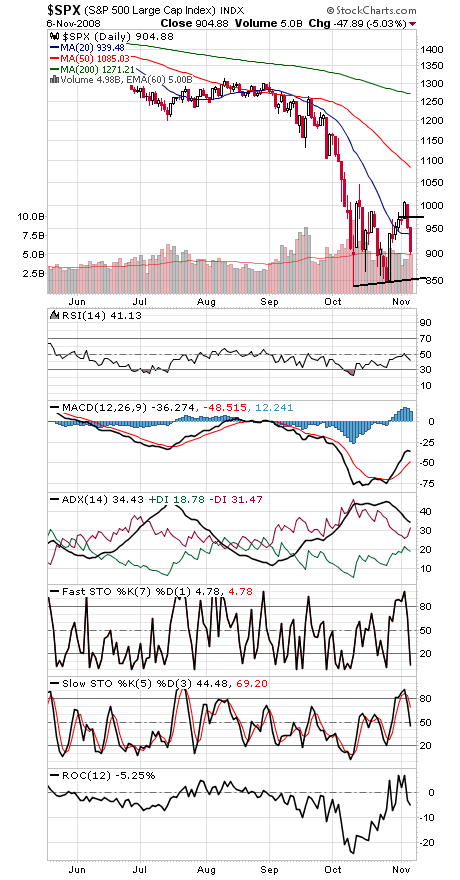 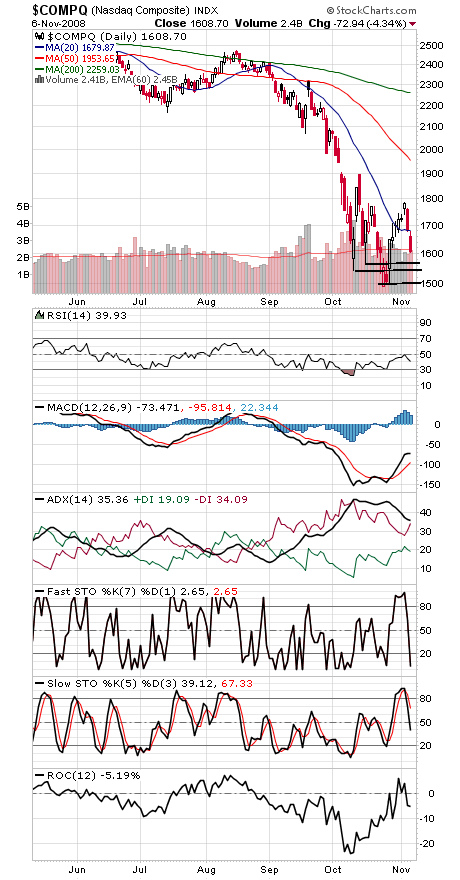