The Nasdaq (first chart below) is pushing a big level here — 2252 was the level where bulls were first emboldened to buy after the Nasdaq broke below 3000 five years ago. When that level gave way two months later, it became resistance, stopping the April-May 2001 rally at 2264. We’re back there now, and anyone with a memory of that period is on alert now for signs of selling. A big test for tech bulls here. To the downside, 2235 is the level we’d now like to see hold. The S&P (second chart) will soon test resistance between 1265 and 1275, and support is 1255, 1250 and 1246. Could the Dow (third chart) finally be ready for a run at new highs? 10,985 is the level to beat, with 11,000 just above that. Support for the blue chips is 10,720-10,753. Bonds (fourth chart) continue to hang on here, and a nice rally in the two-year note gave bonds a little breathing room today. 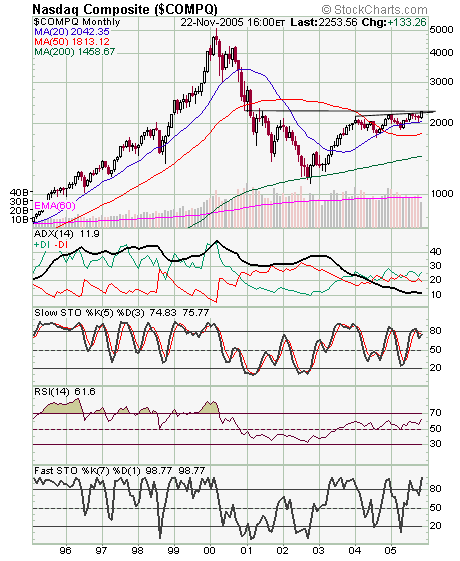 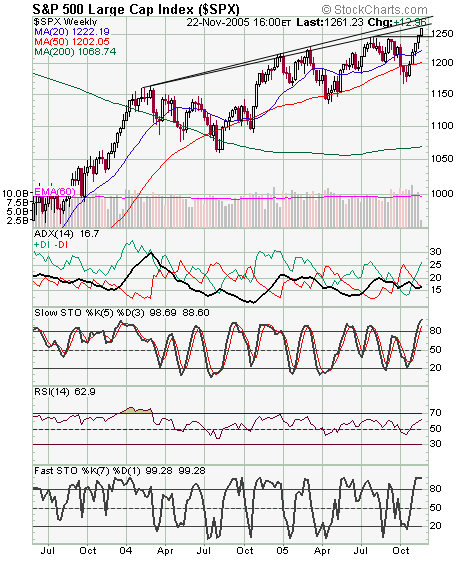 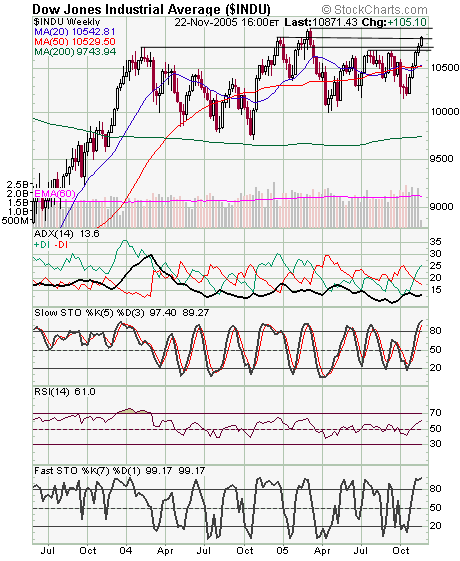 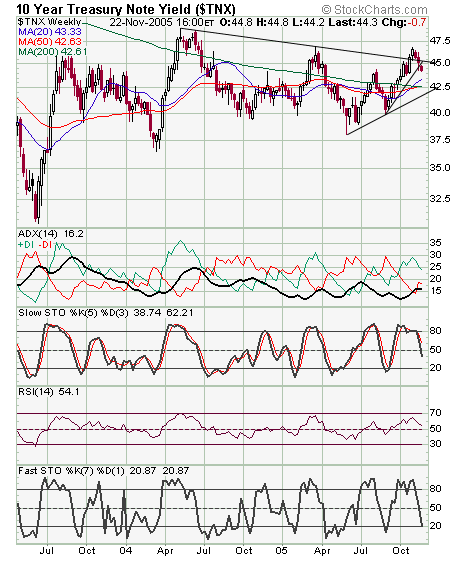