As we noted a week ago, caution was warranted through October 29, and the market is so far proving that observation correct. Investors Intelligence bulls-bears have hit nosebleed levels of 62-19, but commercial futures traders remain long the big S&P futures contract, so we have a mixed picture in sentiment, but one that could stand a refresher. Hopefully this pullback will do that just in time for the strongest months of the year, which begin at the end of the month. On the plus side, today’s overwhelming downside volume could provide fuel for a near-term bounce.


The S&P and Nasdaq (first two charts below) continue to wrestle with some very important long-term resistance levels, and so far they’ve shown that they’re not up to the task. Perhaps year-end buying will change that, but it’s equally likely that it could produce a top of some significance.


With the banks and chips leading the way lower (charts four and five), bond traders (sixth chart) have begun to price in another Fed rate cut or two at the end of the month. And with good reason. 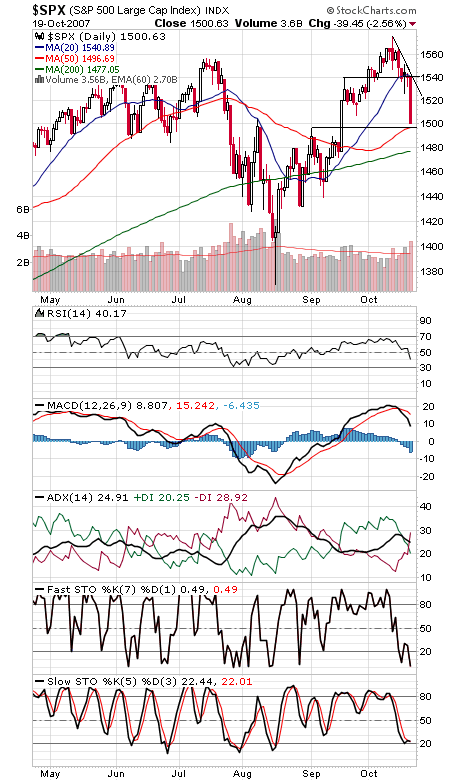 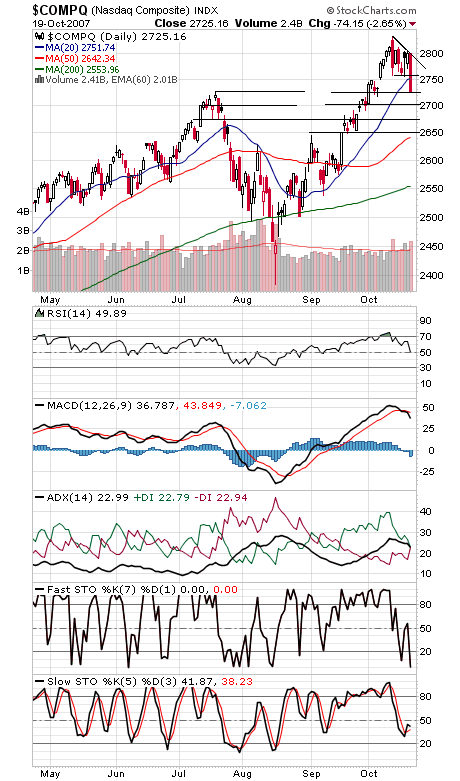 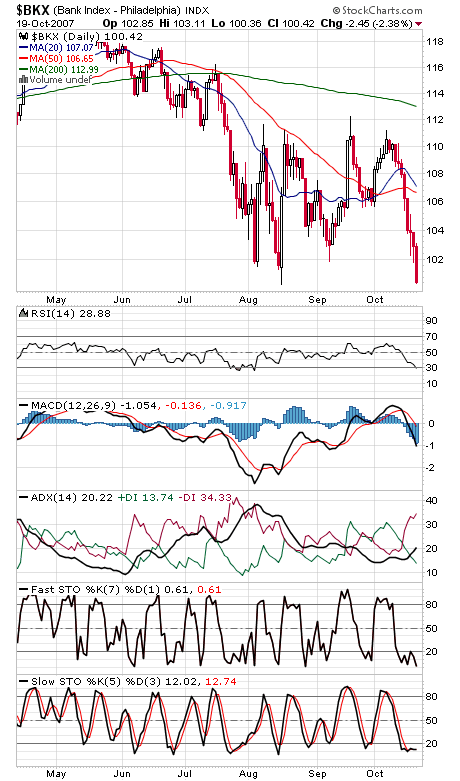 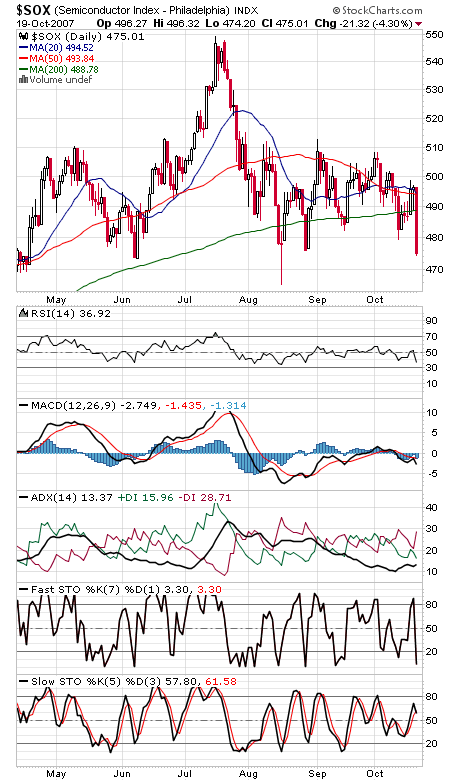 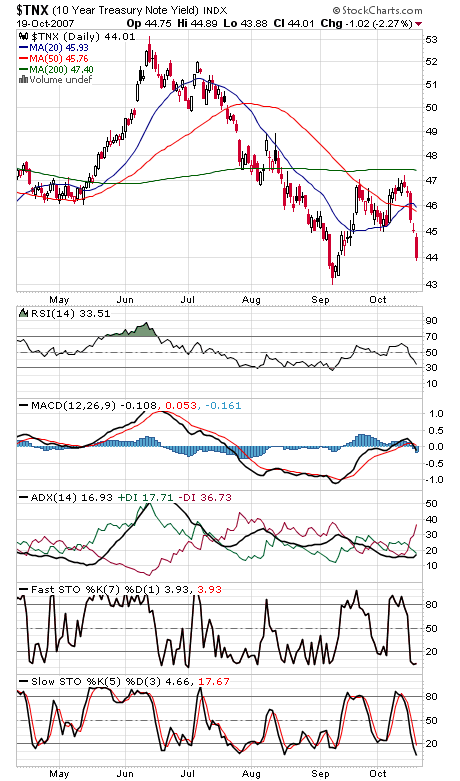