We’ll start out with the easy part: last Friday’s buy signal under Gerald Appel’s Nasdaq-NYSE relative strength ratio is shaping up to be an unmitigated disaster. We’ll now note a reason why it’s not time to panic just yet: the next five trading days are historically the most positive of the month, as noted by Norm Fosback and others more than 30 years ago (Fosback still publishes a newsletter at Fosback.com; well worth the modest cost). We’ll see if the market is on the mend a week from now, but our gut feeling is that the stunning 99% downside volume on the NYSE and 64% spike in the options volatility index (first chart below) could well turn out to be climactic. That said, it could take some time for the market to regain its footing, so expect some rocky trading ahead. One other interesting note about today: famous cycle watcher Martin Armstrong long ago had Feb. 27, 2007 as an important date, so whether this was a panic prompted by followers of his work or the start of a bigger decline remains to be seen. Technically, of course, there was significant damage, as the Dow and S&P (charts two and three) gave up their multi-month rising channels today. The Dow has support at 12,200, 12,100 and 12,000, and 12,350 and 12,500 are upside resistance. 1380-1390 looks like good support on the S&P, and 1410 and 1420 important first resistance levels. The Nasdaq (fourth chart) has important support at 2390-2400, and resistance starts at 2420-2425. Bonds (fifth chart) have had a heck of a run, but they could be in for a breather if stocks bounce. 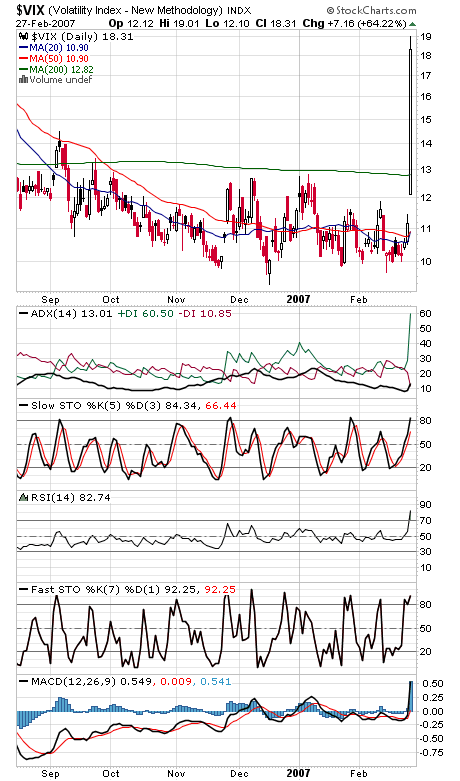 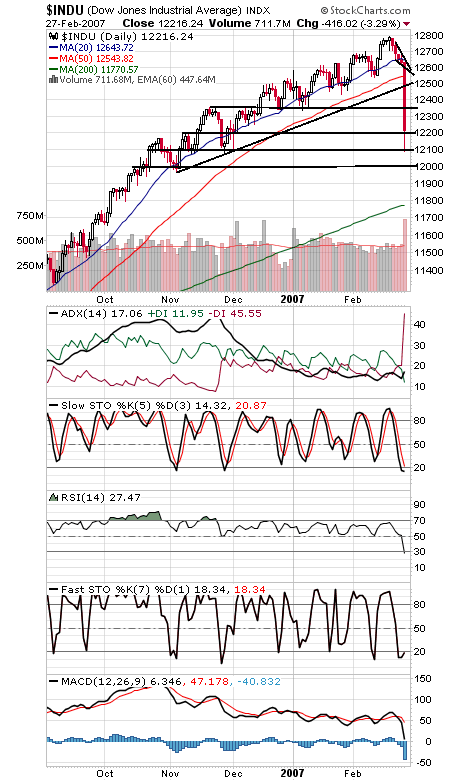 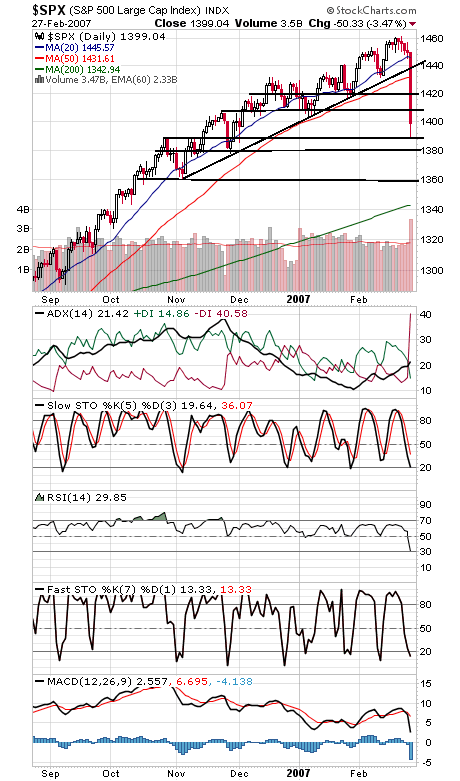 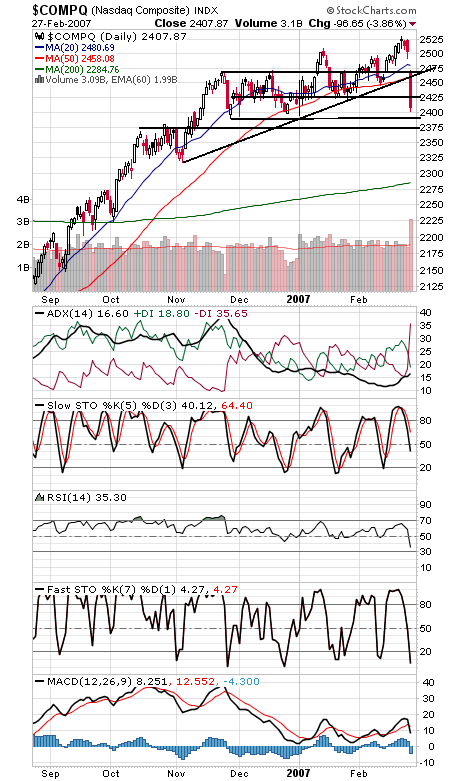 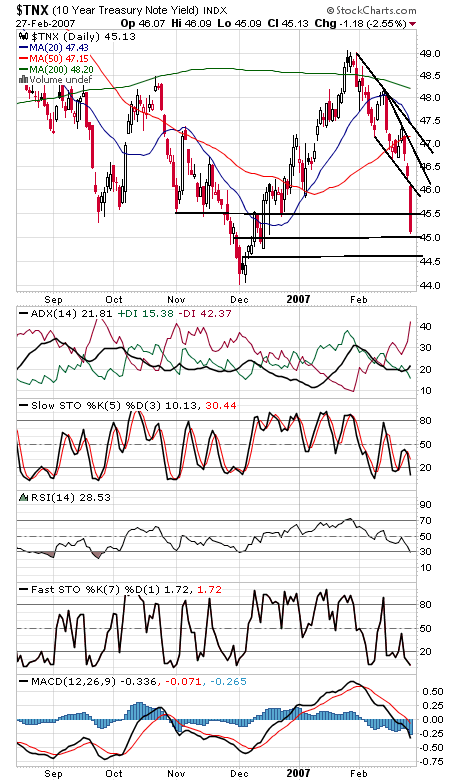