A very nice-looking rally, but so far it’s nothing more than a retest of old support that’s now broken. And that makes this level the biggest resistance that the rally will face.

Returning to our analysis of the 1966 to 1974 bear market (see first chart at bottom), after breaking through the prior bear market lows (in this case, the 2002 lows), the stock market has now rallied back to retest that old support. If it’s going to form a major bottom, it now needs to get back above those levels and hold them for good.

On the plus side, there’s a lot of momentum, so some follow through is likely, but the market has rallied a great deal in a short period of time to a very important resistance level — a good formula for a pullback.

And finally, astonishing moves in bonds and the dollar today (charts five and six). Let’s hope the Fed is getting what it wants. 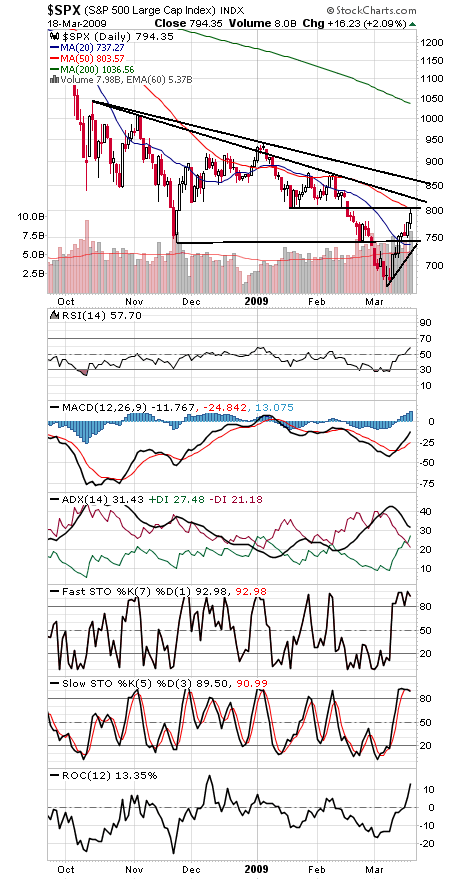 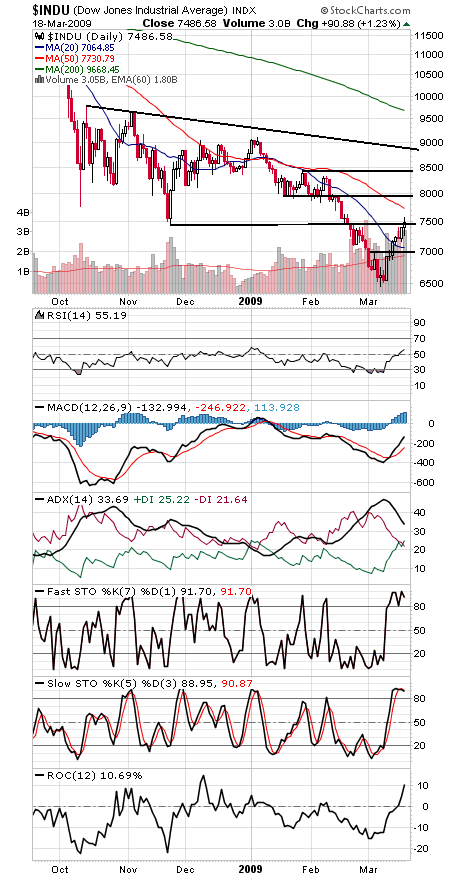 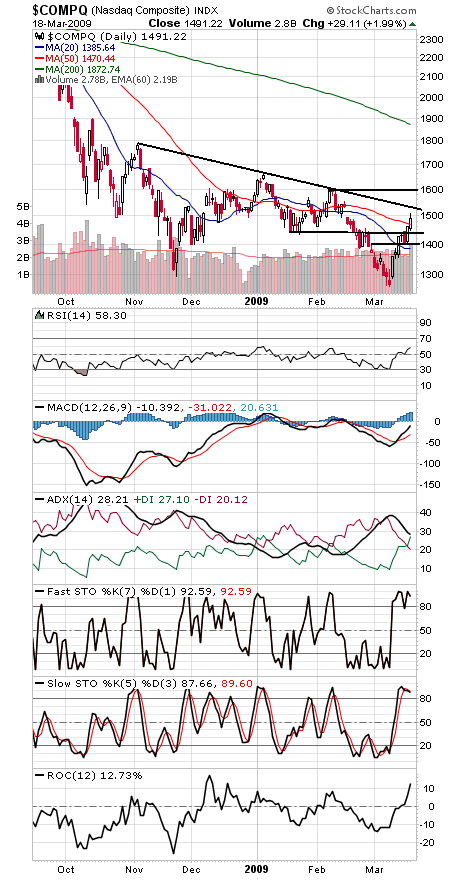 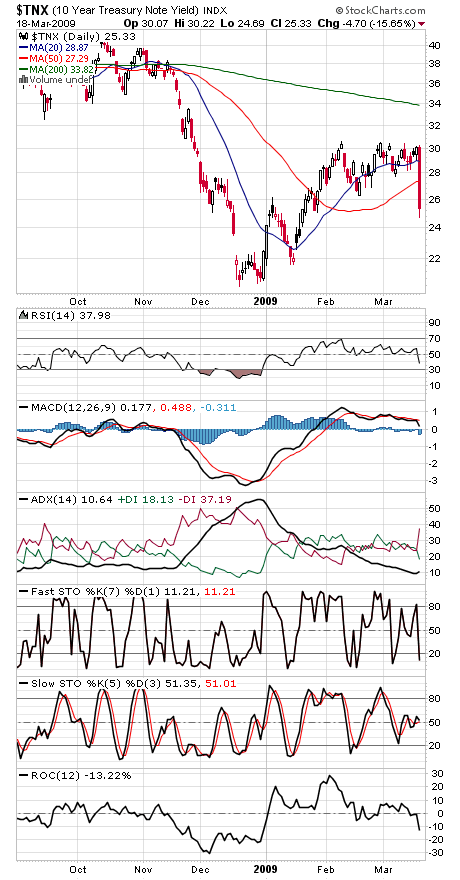 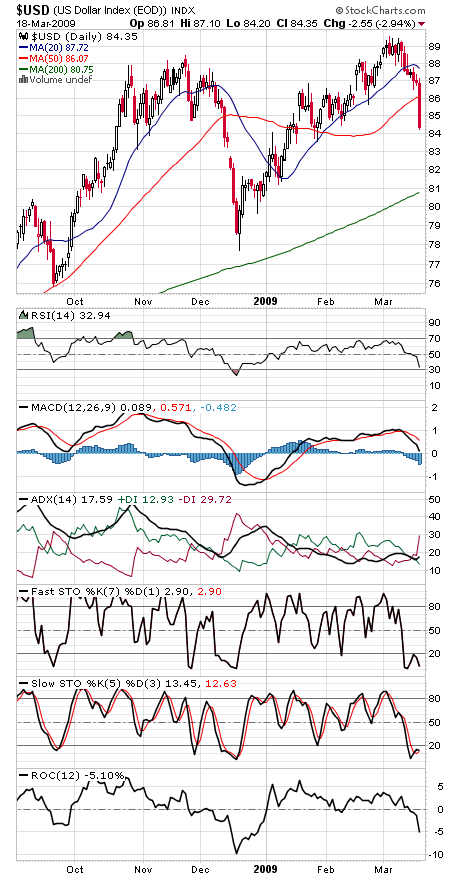