The market’s amazing run continues. Sentiment doesn’t appear to be too frothy yet, as options indicators and advisory surveys seem pretty tame. Internals need to improve, however, particularly on the Nasdaq (first two charts below), which has lagged the NYSE since November and continues to do so. The techs could slow down here at 2550-2560, with 2570-2580 the next resistance zone above that. Support is 2532 and 2515-2520. The Dow (third chart) has gone vertical in the last two weeks, but 13,150 could provide some resistance. Support is now 13,000, 12,900 and 12,800. The S&P (fourth chart) will cause a stir as it nears its all-time high of 1527-1552; that level could potentially stir up bullish sentiment enough to get a top, so we’ll be watching that level carefully. 1500-1505 is first resistance, and support is 1492, 1487, 1480 and 1473. Bond yields (fifth chart) have slowed their descent; a potential for a reversal there if they can’t push lower on Friday’s GDP report. 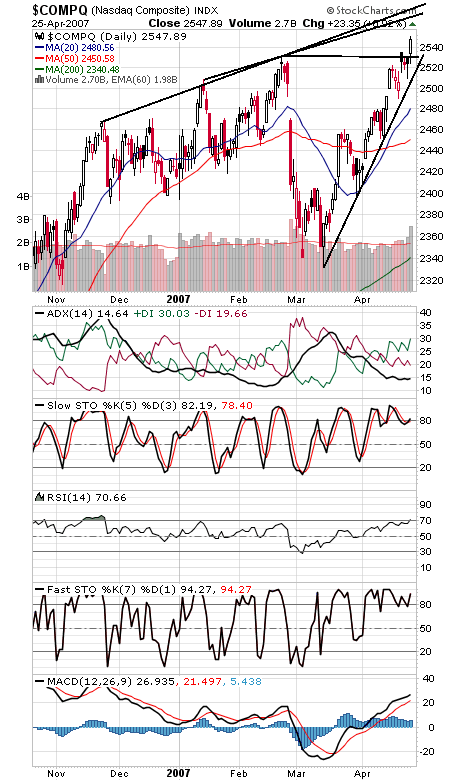 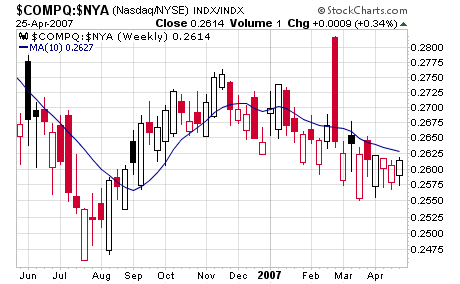 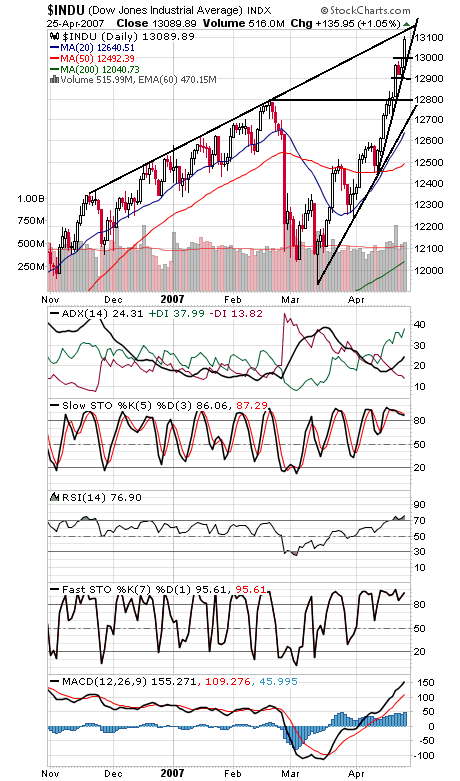 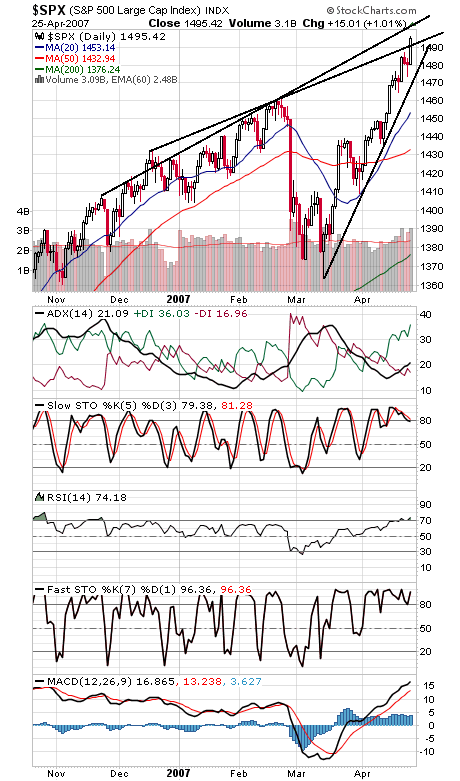 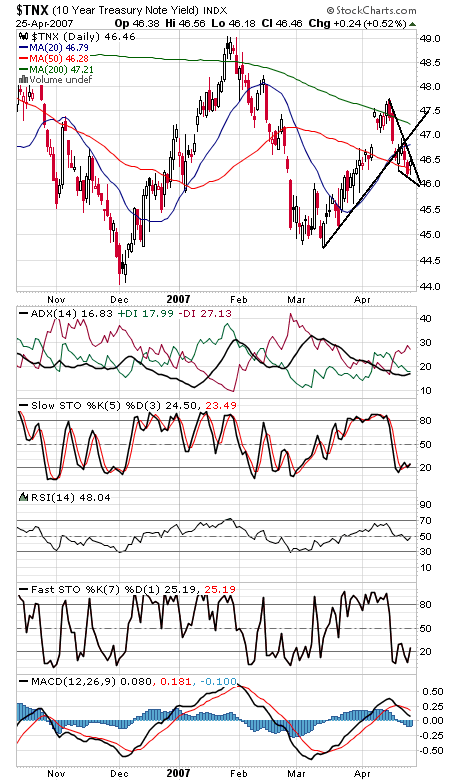