The market made a valiant attempt to bottom today, retesting Monday’s lows and reversing sharply. While there could still be some volatility into next week’s Federal Reserve meeting — and after, if the Fed fails to deliver a big rate cut — the market is now entering the strongest period of the year. Sentiment is mixed, with commercial futures traders long but the Investors Intelligence sentiment survey a little too bullish still at 56-23 bulls-bears, so choppy trading may still lie ahead, particularly with the Nasdaq testing the critical 2900-3000 area and the S&P 500 struggling at its all-time high.


Nonetheless, it’s time for our annual stock picks based on the work of Larry Williams. The list hasn’t changed all that much from last year — this year’s list is Intel, Home Depot, Disney, Alcoa and GM. As usual, we’ll buy at the close on the last Monday of October. This year we’ll hold until the open of the first trading day after July 4, in deference to Larry’s observation that years ending in 5 and 8 (and pre-presidential election years) tend to be strongest; in other years, we’ll sell at the open on May 1.


Onto the charts. The techs (first chart below) appear to be the strongest sector here despite brutal weakness in chip stocks. Above 2790-2800 and the Nasdaq could be off to the races. 2750 and 2700 are support.


Finally, with the banks (fourth chart) threatening to crash through their summer lows, it’s no wonder that bond traders (fifth chart) are pricing in two more Fed rate cuts. 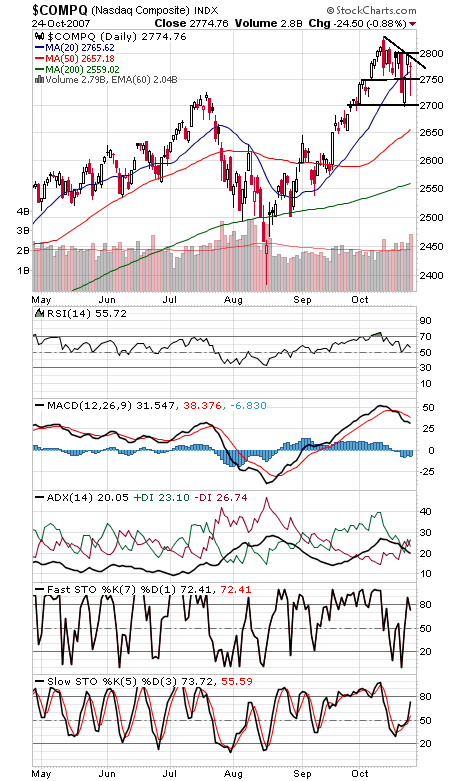 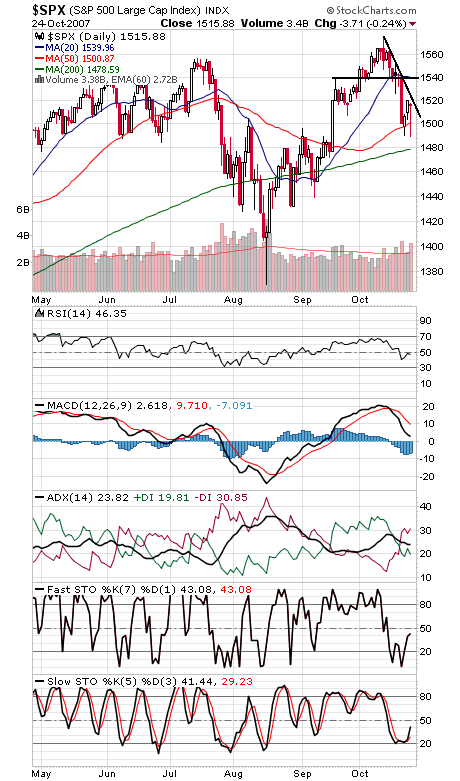 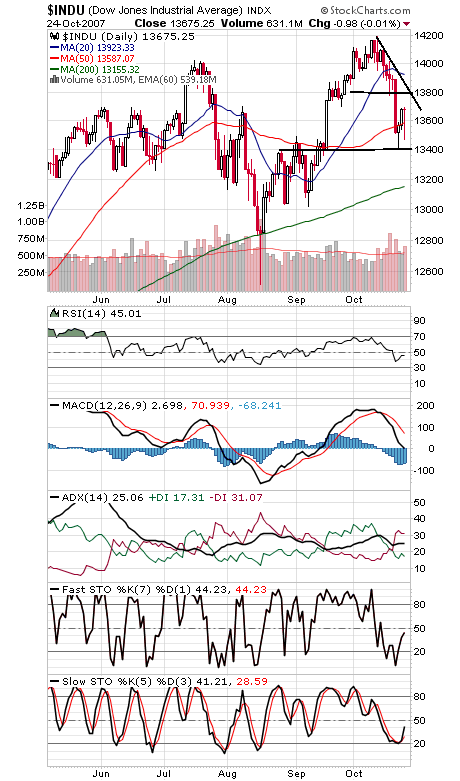 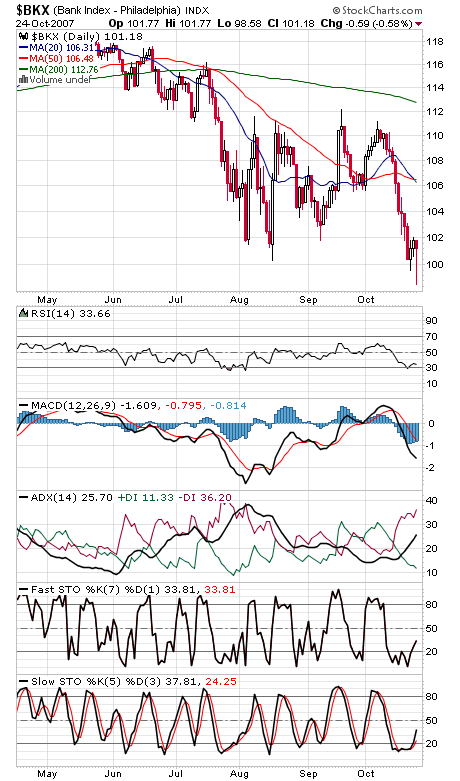 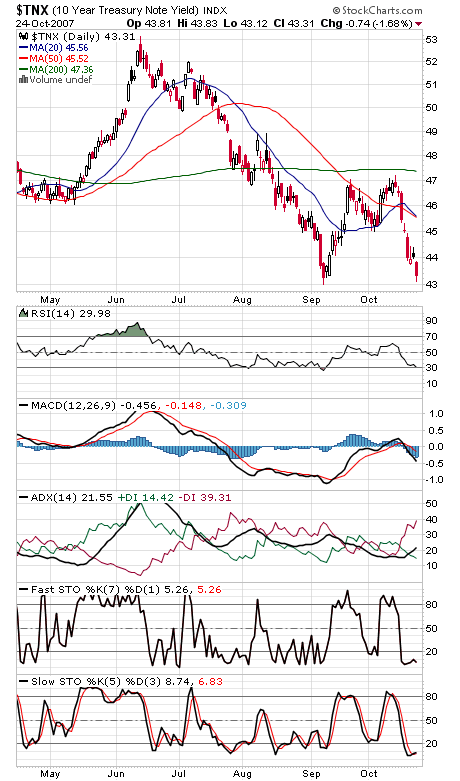 Paul Shread
Previous articleFacebook: Let The Devs Have At It
Next articleThe ‘Storm’ That Keeps Blowing