Technical Analysis: Sell In May…

Investors got a jump on the old slogan “sell in May and go away” today, and with the market entering its weakest half of the year, it’s time to exit our picks from last October too. We think the market may be fine for a few more months, but since it’s a mechanical system — but the five lowest price/cap stocks on the Dow at the end of October and sell at the start of May — we’ll stick to the strategy, which unfortunately lagged the market, returning 7% vs. 9% for the Dow. One small improvement would be to screen out unprofitable stocks, which would have eliminated GM and boosted overall results by 2%, matching the Dow. We’ll try again at the end of October.


The Nasdaq and S&P (first two charts below) are testing their March uptrends here; any move lower would break those trendlines. The good news is that first of the month inflows could provide some help this week. 2520 and 2500 are next supports on the Nasdaq, and 1473-1476 is next support on the S&P. To the upside, 2550 on the Nasdaq and 1488-1491 are first resistance. The Dow (third chart) has support at 13,000, 12,900 and 12,800, and resistance is 13,180. Bond yields (fifth chart) are beginning to buy the slowdown argument, but they remain in a narrow range here. The ISM and unemployment reports this week could prove big for all the indexes. 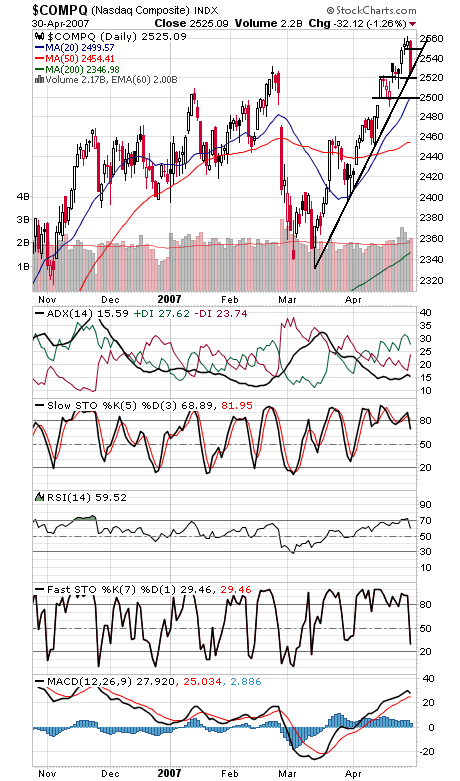 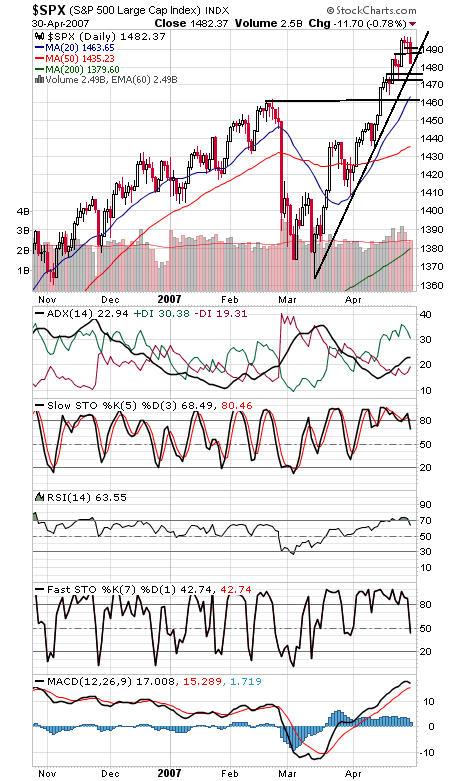 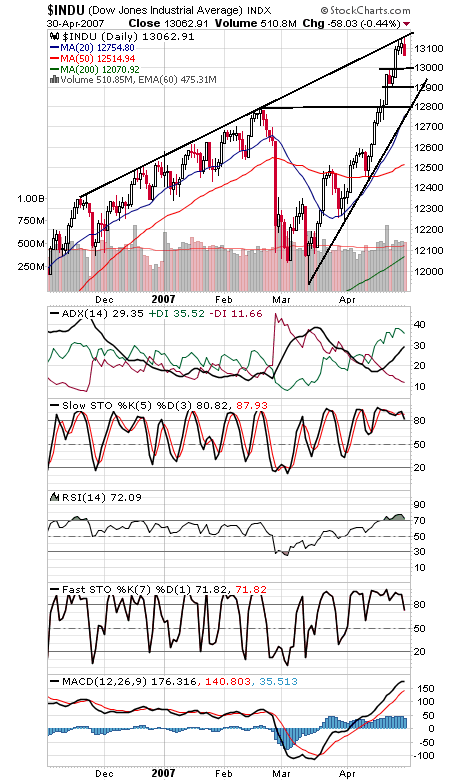 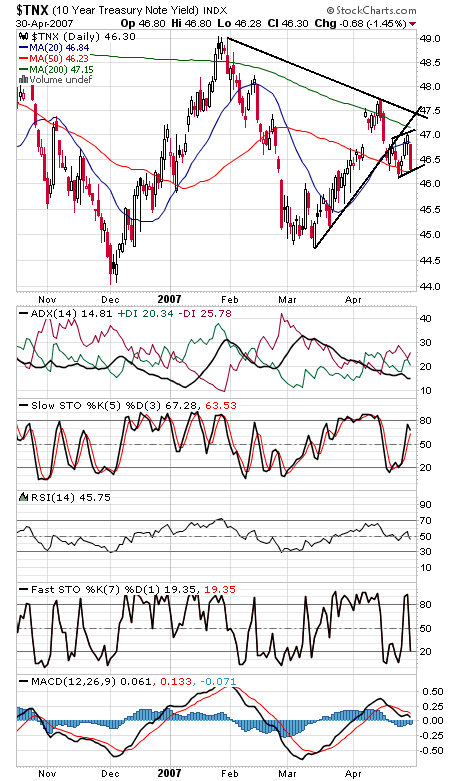