Today’s jobs report will likely be debated until the next one a month from now — right before the mid-term elections. A sharp upward revision to previous months took some of the sting out of September’s weak numbers, but it remains another data point suggesting slowdown. Still, investors remain unfazed, viewing today’s dip as another buying opportunity. And until some significant support levels break, they’re probably right. Clearly bond traders (first chart below) were more spooked by the upward revisions than the weak September results. That said, the financial and chip sectors called today’s weakness, and they underperformed again today, so we could see more near-term weakness next week. The Dow (second chart) has first support at 11,780-11,800 and 11,722-11,750, and 11,650 is critical support. The S&P (third chart) faces resistance at 1354, 1361 and 1376-1389, and support is 1344, 1338-1340 and 1329. The Nasdaq (fourth chart) has support at 2290 and 2275, and resistance is 2306 and 2325-2333. 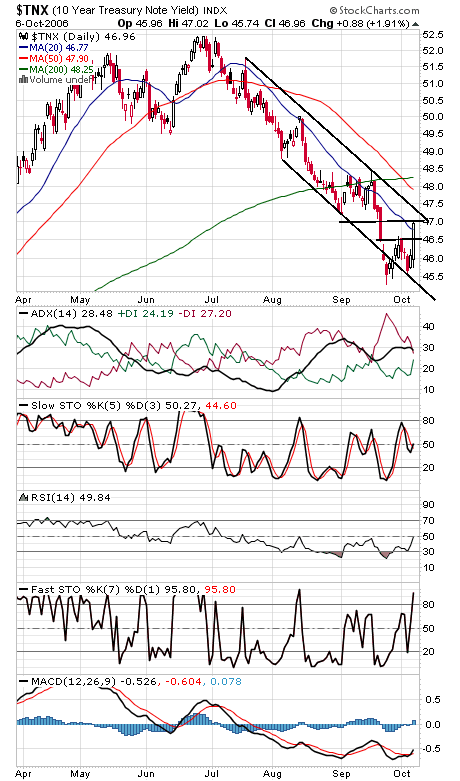 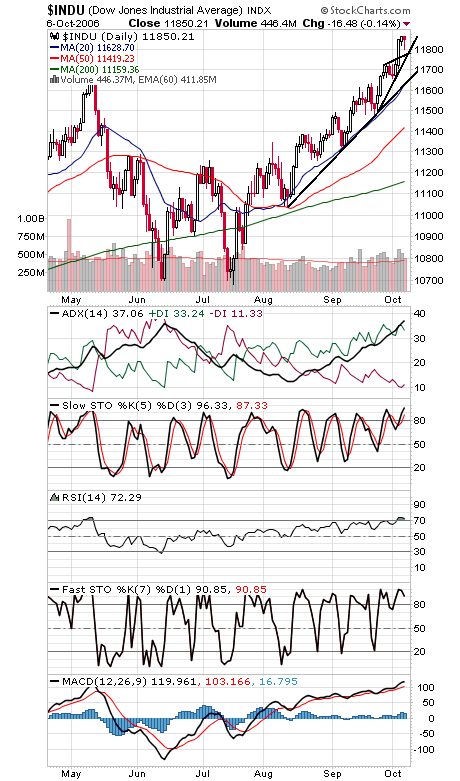 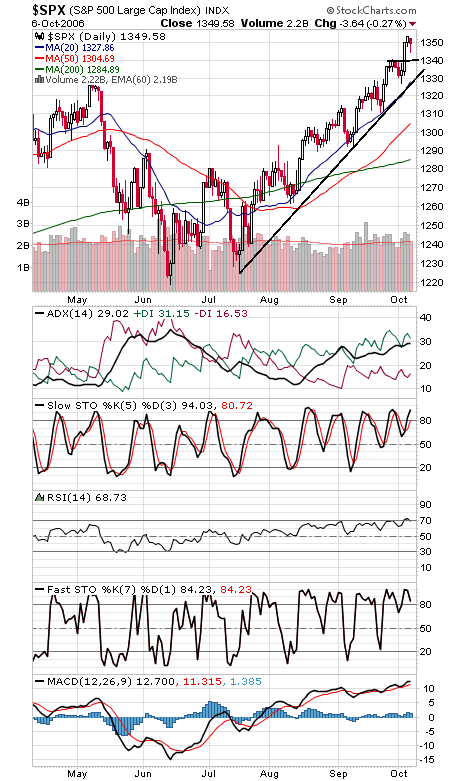 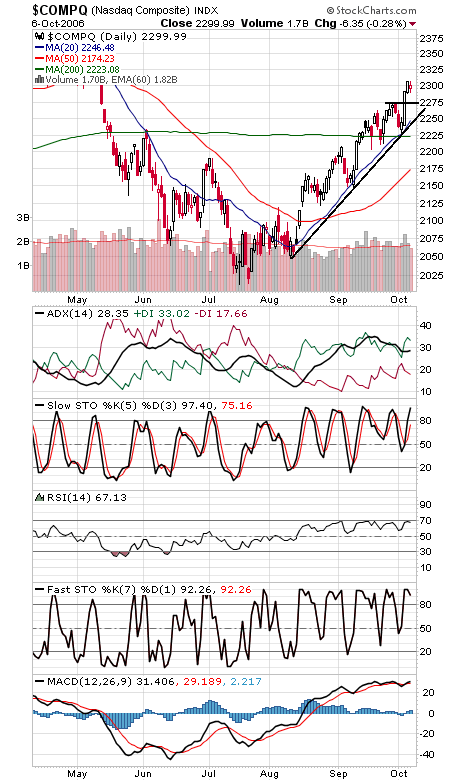