Technical Analysis: S&P Back Below Support

Our caution of a week ago appears to have been warranted, as the S&P 500 gave up about four different support levels today. To the upside, 1484-1500 is once again resistance, while 1460 is important support.


With the Fed taking its time — Mr. Bernanke seems to think he’s not doing his job if the stock market goes up — the S&P could remain trapped between 1400 and 1550 for some time, at least until there is some evidence that the credit crisis can be contained. If only mortgage lenders — and Mr. Bernanke’s predecessor — had shown similar restraint, but it’s too late now. The crisis is here and must be dealt with aggressively.


Bond traders (fourth chart), meanwhile, seem to think the Fed has another rate cut coming, an opinion stock traders seem to agree with.


With three rate cuts behind it and the market in the strongest months of the year, the bulls sure have plenty of advantage here, but they have so far been unable to do much of anything with it. And the Fed doesn’t seem to be in any mood to help. 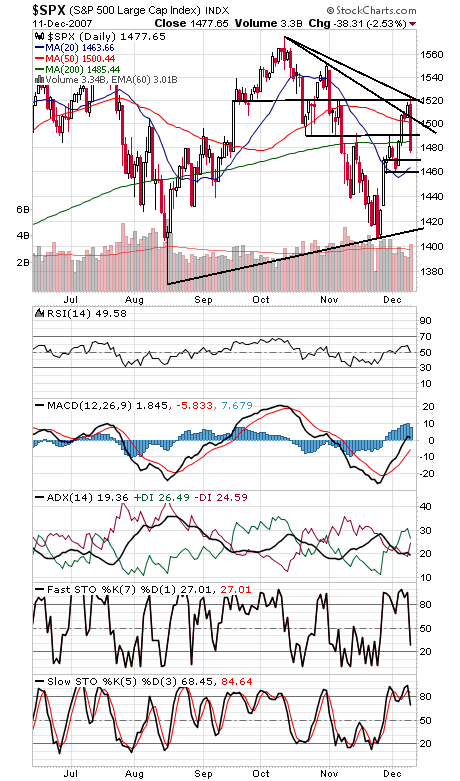 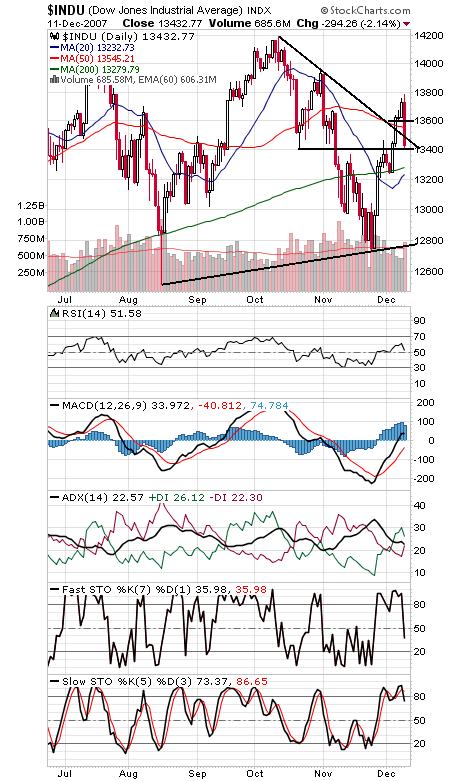 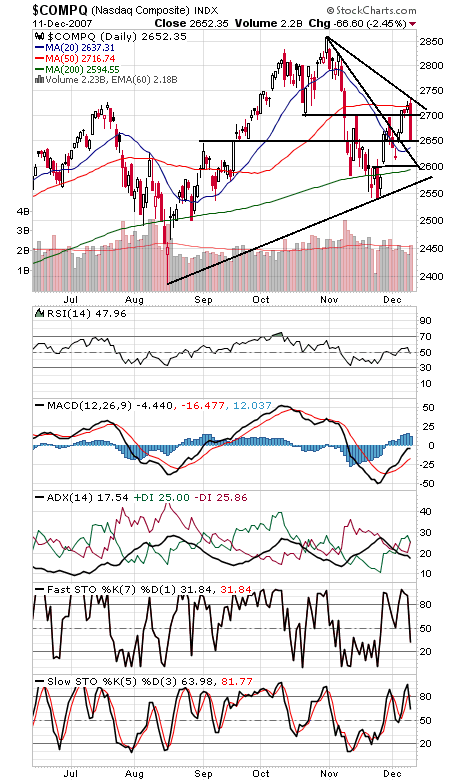 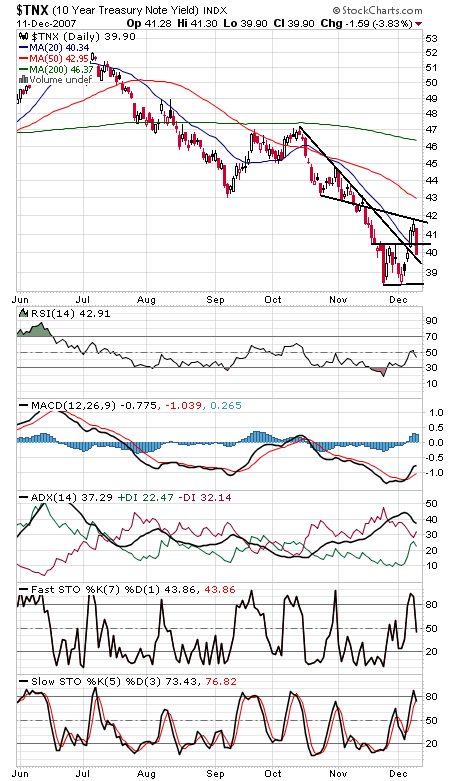