The market is so far just barely hanging on to support at 850 on the S&P (first chart below). About the only good news if that support goes is that 790 should turn out to be even stronger support.

As we’ve been saying since October 10, stocks are extremely oversold here on a historical basis. How oversold? Let’s look at one indicator, the nine-month rate of change (ROC), from Martin Pring’s “Technical Analysis Explained.”

In short, the combination of strong support and extreme oversold readings should limit downside from here, but a strong turn up for the market would be even better for the bullish case.

The Dow (second chart) faces tough first resistance just above 8600, with 9000 and 9500 important levels above that if the bulls can get a run going. The most important supports remain the intraday and closing lows of 7882.51 and 8175.77, respectively. 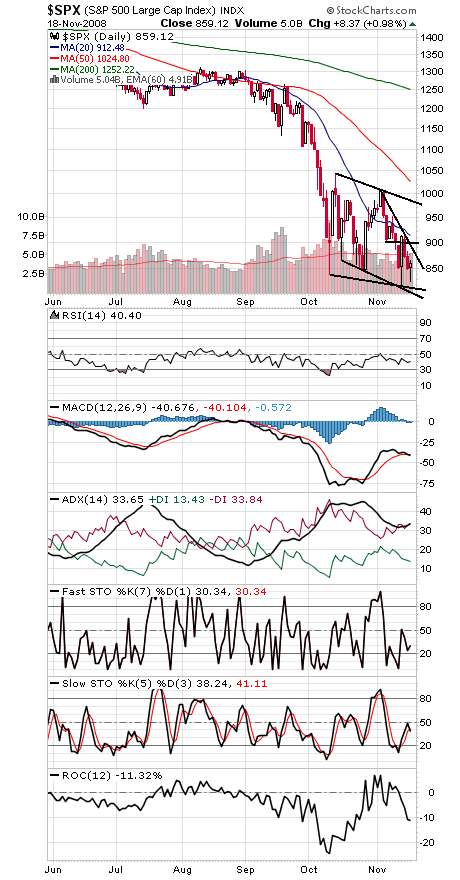 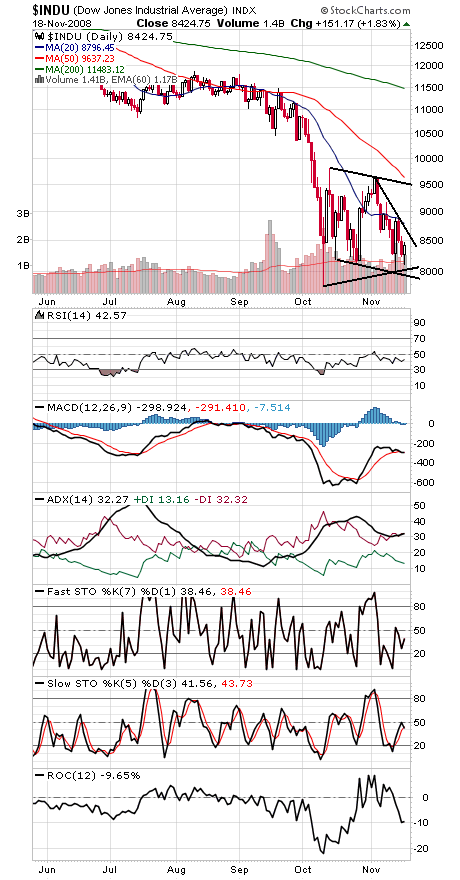 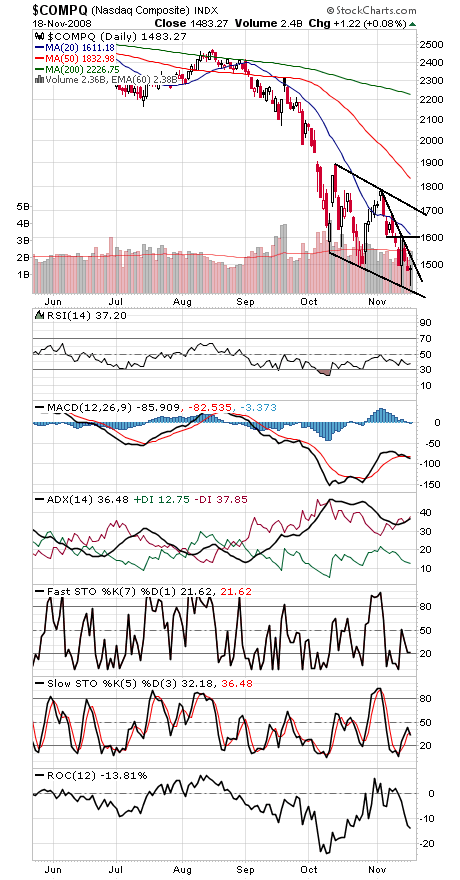