But with stocks entering the strongest months of the year and commercial futures traders solidly long, the bulls have plenty on their side if they’re going to clear the S&P’s 2000 peak and the equally important 2900-3000 level on the Nasdaq.


Here’s one data point that suggests they may have a chance. Private trader Jay Pasch ran the numbers and found that stocks tend to post substantial gains over the next couple of months after falling sharply the day after a Fed ease. That’s only seven occurrences in the last 25 years, but the average gain 37 days later was 9.1%, with a high of 18.2% in 1991 and a low of 0.7% in 2002. Given the seasonal strength and long commercial positions, it’s one more data point in favor of a year-end rally of some sort.


The biggest obstacle, of course, remains the banking sector (see second chart below). That all-important index will have to turn up sharply to keep from dragging the rest of the market down with it.


It’s going to be a fun battle to watch. 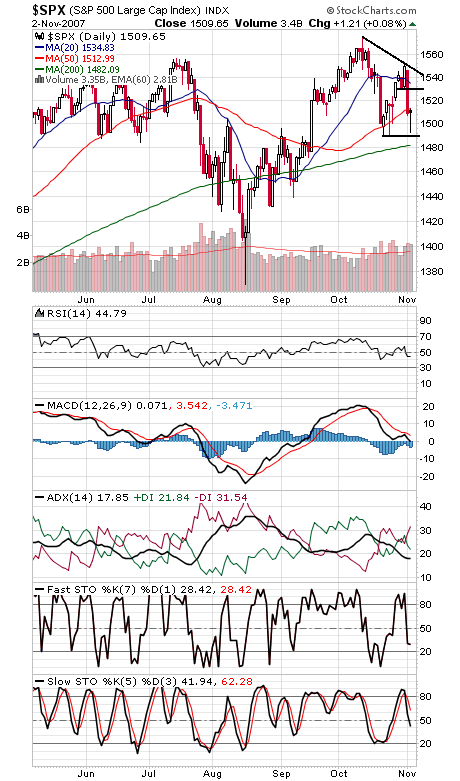 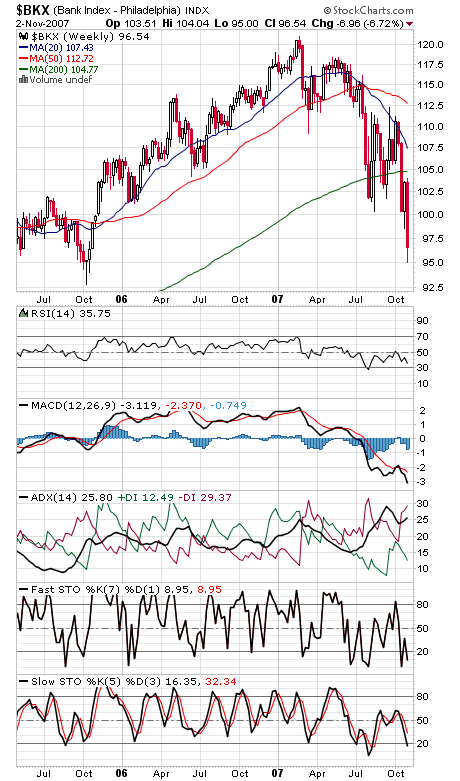 Paul Shread
Previous article40G: The Fastest Connection You Can Get?
Next articleIPTV Still on Tap for Xbox 360