Technical Analysis: The Pressure’s On

The Federal Reserve has little choice but to cut interest rates after today’s jobs report or it will risk not only a revolt by financial markets, but a full-blown credit crunch and recession. Odds are now for a 25 basis point rate cut on Sept. 18, but 50 seems like a better choice given the rapid deterioration in the jobs market. The bond market (first chart below) has been pricing in three rate cuts since the crisis began and started working on a fourth today. One negative we’d note is that commercial futures traders pared long positions ahead of the decline; it would remove an important bullish underpinning if that becomes a trend. 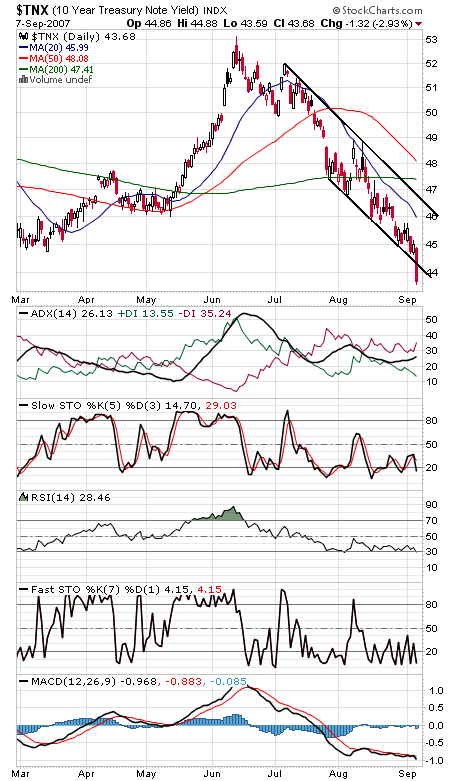 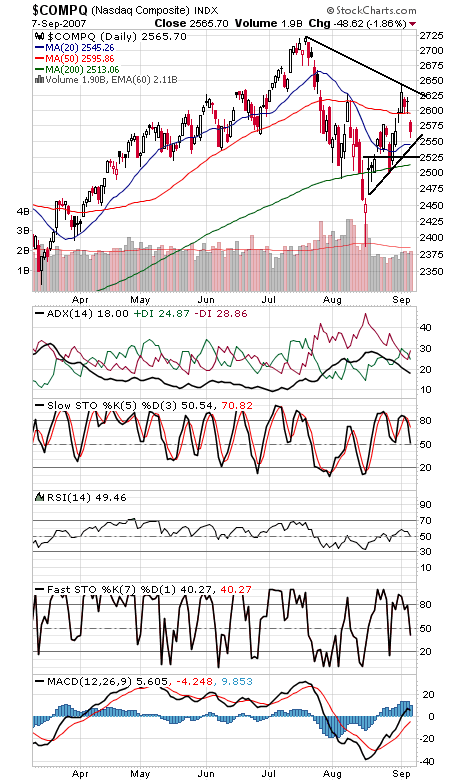 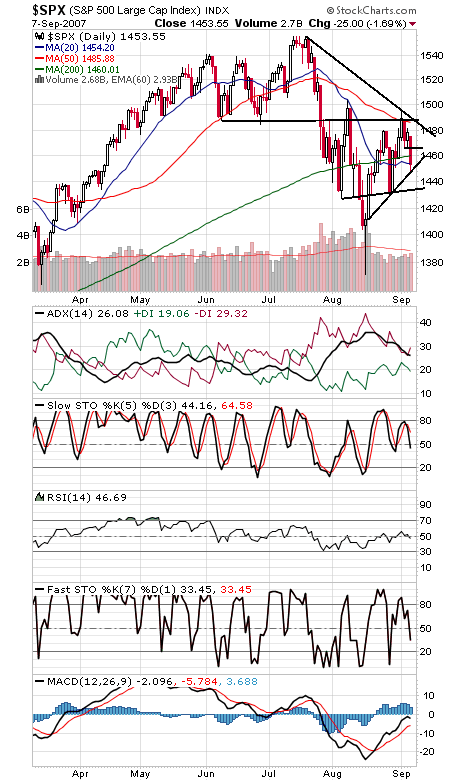 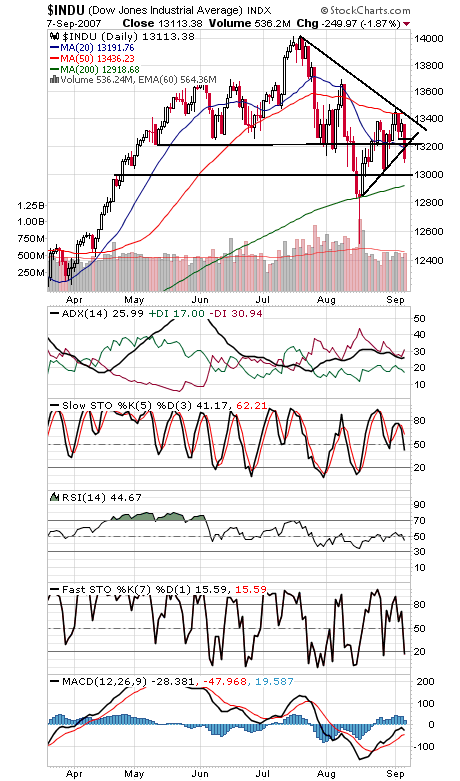