As we noted last week, the last Monday in October has often marked the end of the weakest half of the year for stocks, but we sure didn’t expect it to be announced with an exclamation point.

And today, a MACD buy signal on the Dow confirmed the arrival of the best six months of the year for the market, per the work of Sy Harding.

Of course, the big question is whether it’s really going to be this easy, and the days and weeks ahead will answer that question.

Still, the seasonality trade has been one of the more dependable ones since 1950. In the last 10 years, for example, the Dow has returned just 700 points, while buying on November 1 and selling on May 1 during that time has returned about 5,000 Dow points. It remains to be seen whether the seasonal trade remains the pattern in decades to come, but for now, there appears to be more support for stocks during that time of year.

For the trade to work this year, the indexes will have to break out of the large trading ranges they’ve built over the last two weeks. The upper end of those ranges is at 9794 on the Dow, 1044 on the S&P and 1896 on the Nasdaq.

Lastly, we’ll once again attempt to pick stocks out of the Dow for the next six months, based largely on low valuation. This time we’ll add screens for profitability, free cash generation and balance sheet strength in deference to the credit crisis, leaving us with just four picks: Boeing (NYSE: BA), HP (NYSE: HPQ), United Technologies (NYSE: UTX) and Exxon Mobil (NYSE: XOM). We’ll check back on them in the spring to see how they’ve fared. 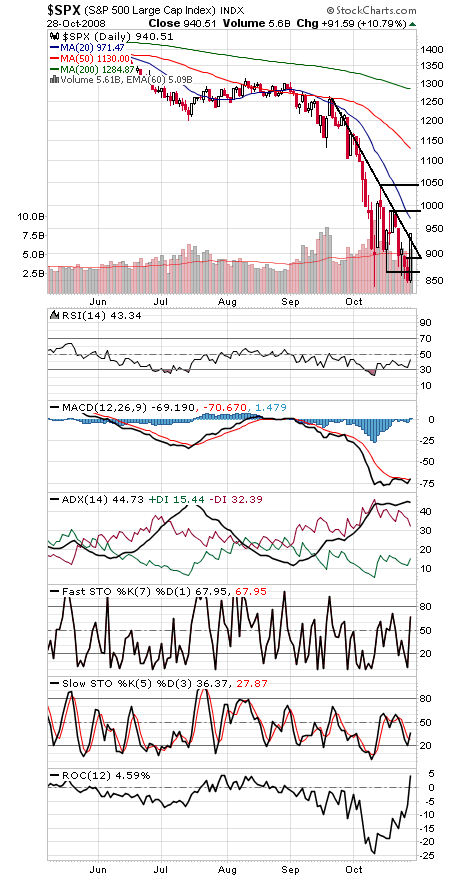 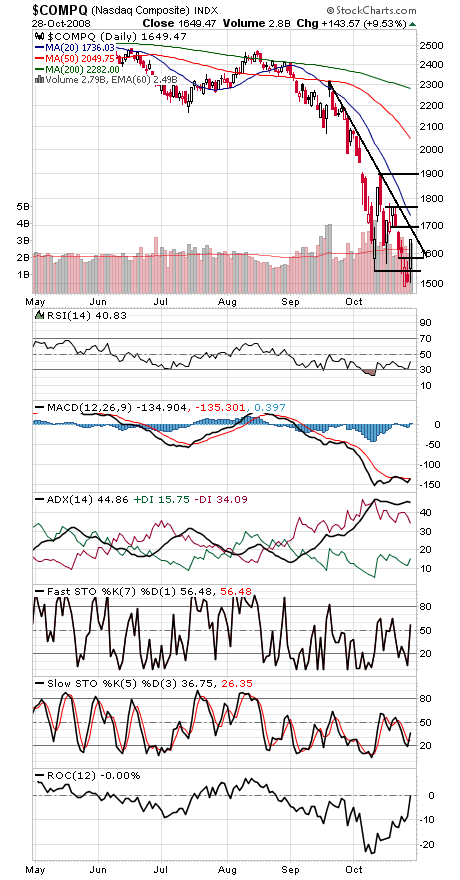