Quite a battle going on here. There are a number of big economic and earnings reports coming in the next couple of days (GDP, Fed decision and Google’s earnings just on Wednesday), so stocks may remain rocky for a couple more days. It’s not the greatest sign that the indexes are consolidating at their lows, suggesting the possibility of more downside, but first-of-the-month inflows could help decide the outcome in favor of the bulls. The Nasdaq (first chart below) is trying to re-form its November uptrend line here. 2434 is important support for tomorrow, and 2455 and 2471 resistance. The S&P (second chart) is hanging on nicely at its November uptrend line, but now it needs to turn higher. That line is at 1419 for tomorrow, with the 50-day average at 1414.5. Resistance is 1426-1427. The Dow (third chart) is another index clinging to support. If it can’t hang on here, 12,430-12,450, 12,400 and 12,350 are support. First resistance remains 12,543-12,550. In short, stocks are doing a nice job hanging on, but now they need buyers. Failure to turn higher soon could lead to breakdowns. The 10-year yield (fourth chart) is doing a nice job holding its 200-day average here despite some pretty extended readings; another important battle going on. 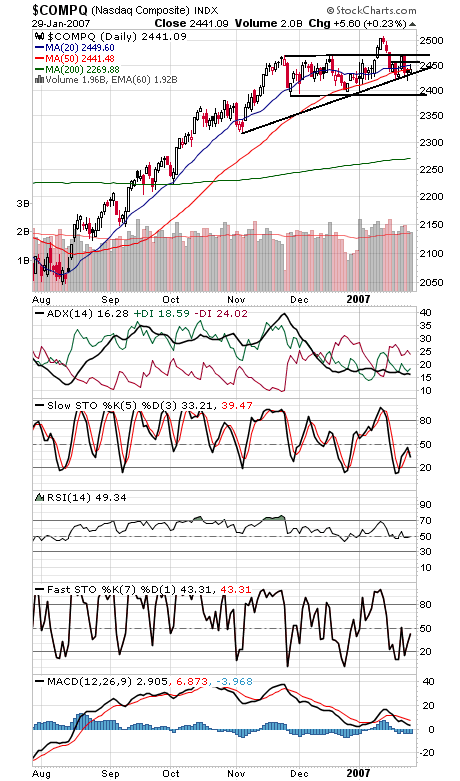 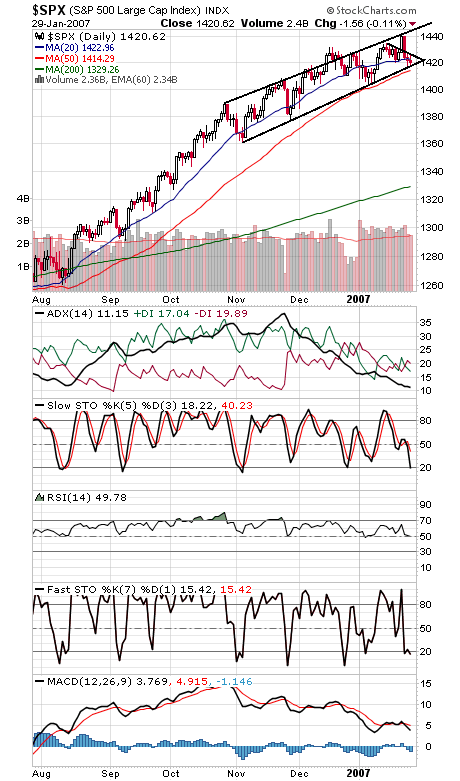 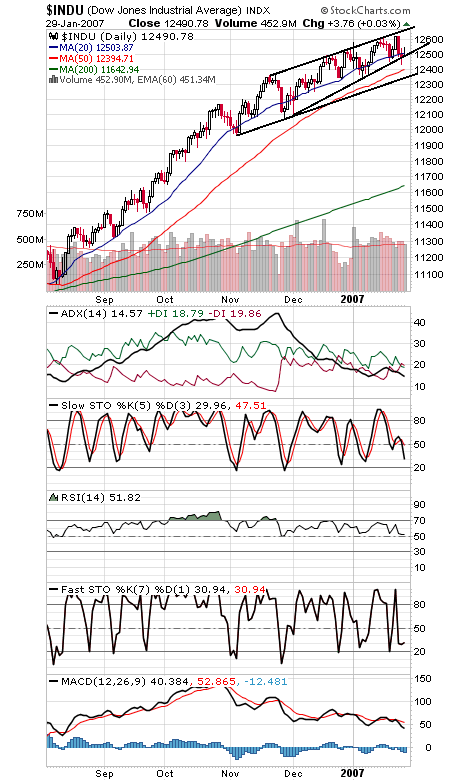 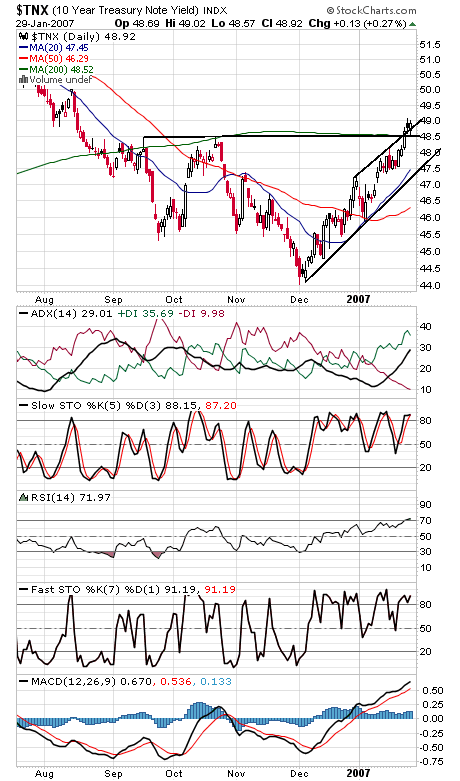