Investors appear to be focused on tomorrow’s jobs report, since little else has moved the market this week. So while we’re waiting, we’ll cite the same data we do every year at this time: according to Robert Colby’s Encyclopedia of Technical Market Indicators — a book worth getting if you’re interested in the performance of technical indicators — exiting longs and selling short every year on September 5 and buying on October 27 would have been a profitable strategy that would have outperformed buy-and-hold by 3,014% during the last century and would have been right 62% of the time. If nothing else, we’re entering a time of year when caution is warranted. It’s worth noting that the pattern in recent four-year cycles (2002, 1998 and 1990, for example) has been for the major buy point of the year to occur in the first half of October, so the next six weeks may turn out to be interesting ones. 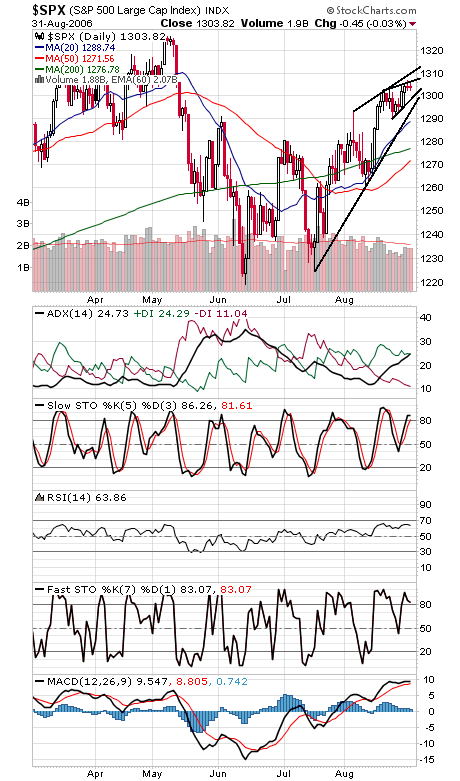 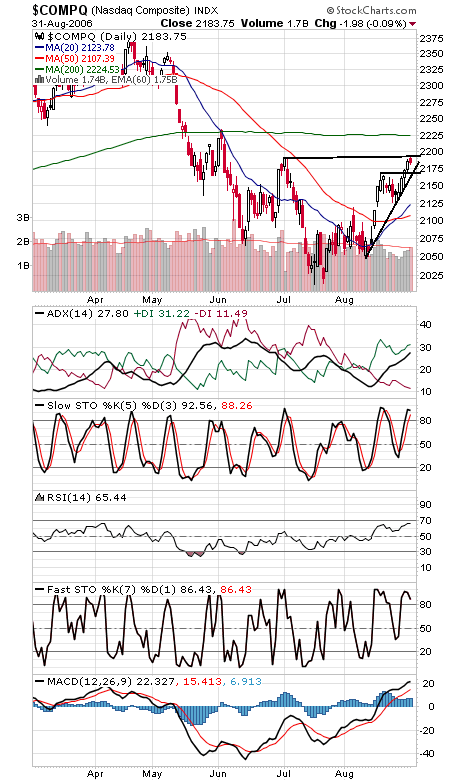 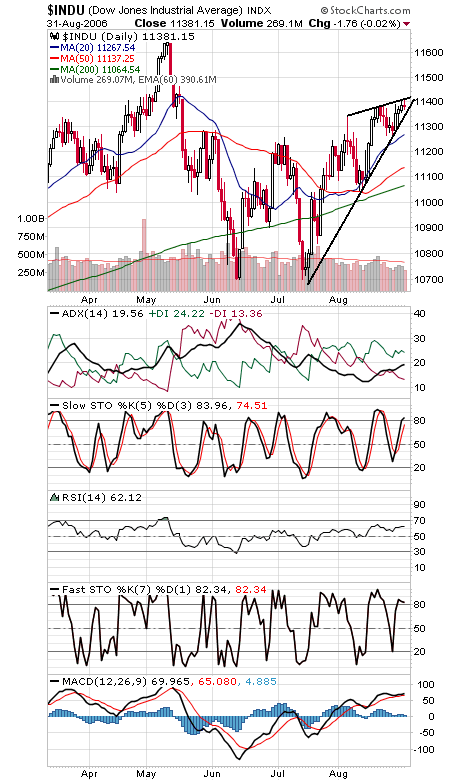 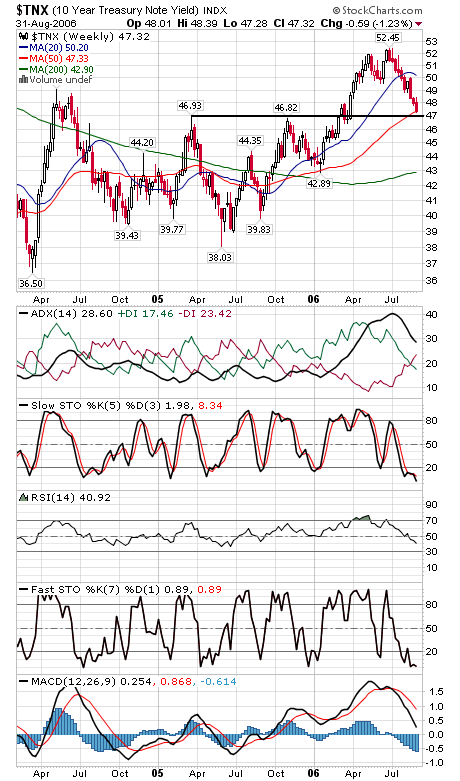