From the ‘Did Sun Flush $1B Down the Toilet?’ files:

Monty Widenius is well known in the open source community for creating the MySQL database. It started out as a community project, then went commercial with MySQL AB (and support) got acquired by Sun for $1 Billion in 2008, then acquired by Oracle as part of Oracle’s acquisition of Sun.

Widenius actually left MySQL in 2009 while it was still owned by Sun, and began his own fork of my MySQL 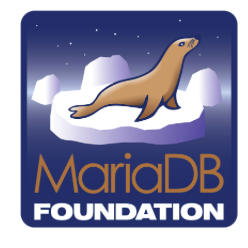 called MariaDB. Widenius wasn’t happy with the way MySQL was being developed by its commercial overlords and went off to do it again — only better.

I’ve seen Widenius talk about MariaDB a few times in recent years. At LinuxCon Boston in 2010 he gave a great talk about what it takes to build a successful community and why things went wrong at MySQL. What I understood was that as MySQL grew, Widenius’ message of community got pushed back and that’s where things started to go wrong.

Now flash forward to 2013 and MariaDB has its own open source Foundation and today is announcing a merger between SkySQL (a commercial service vendor staffed by lots of former MySQL AB types) and MariaDB’s primary development team at Monty Program AB.

“The MySQL database is named after my first daughter, My. The MariaDB database is named after my second daughter, Maria,” Michael ‘Monty’ Widenius, CTO of the MariaDB Foundation, stated. “With this merger and my own role in the MariaDB Foundation, I’m ensuring that the MariaDB project will remain ‘open source forever’, while knowing that enterprise and community users of both the MySQL & MariaDB databases will benefit from best-in-breed products, services and support provided by SkySQL. And who doesn’t want the best for their children?”

The way I see it, MariaDB is now insulated from the type of error that led Monty to leave Sun/MySQL in the first place. The open source project itself has both the Foundation (from the community perspective) and a commercial entity to push forward on adoption and bring in revenues.

The only challenge left is of course – MySQL itself.

Now that MariaDB has the dual-community/commercial backing, I suspect that the situation will change.

Sean Michael Kerner
Previous article
How Often Do You Forget Your Password?
Next article
[VIDEO] Is Ubuntu Juju, Linux Magic?