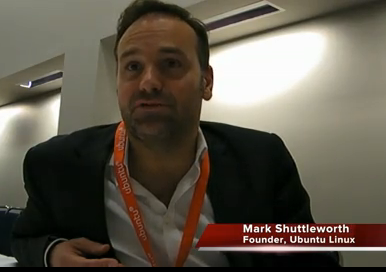 In an exclusive interview  at the OpenStack Summit, Shuttleworth talks about OpenStack in production environments and why a little magic known as Juju is a pivotal part of it all.

The word ‘juju’ means magic, in the same African languages from which the name Ubuntu itself was derived. Juju itself, however, is not actually magic, it’s open source technology.

Magic aside, the question that Shuttleworth asks enterprises is whether Juju would be useful to its DevOps teams. He added that while everyone at the OpenStack Summit is excited about OpenStack, the core question is, What do you do with it?

He added that to get people excited about the OpenStack cloud, don’t just sit down with the cloud manager and the sysadmins that will run it, but also include the development team. With Juju, core development tools and resources that are needed, such as a middleware server or a database, are easily and rapidly deployable to the cloud.

“We’ve taken the first two weeks out of pulling stuff together and having stuff on you laptop and having it in the cloud and now it’s all just automated,” Shuttleworth explained. “So yeah, that’s pretty magic.”

Watch the video interview with Mark Shuttleworth below: