After testing 878 resistance for most of April, the S&P (first chart below) finally broke through today, only to fall back below by the close. The rally has been choppy and overlapping — never a good sign — but is so far holding up.

One positive we’d note here is that the number of bulls in the weekly Investors Intelligence survey has fallen and the number of bears have risen as the market has chopped higher, a marked contrast from the November to January rally. The skepticism could serve to support the market. The survey showed 36-37 bulls-bears this week, down from 43-34 bulls-bears two weeks ago.

The market is nearing the end of its seasonally strongest six months, but so far the rally is hanging in there. 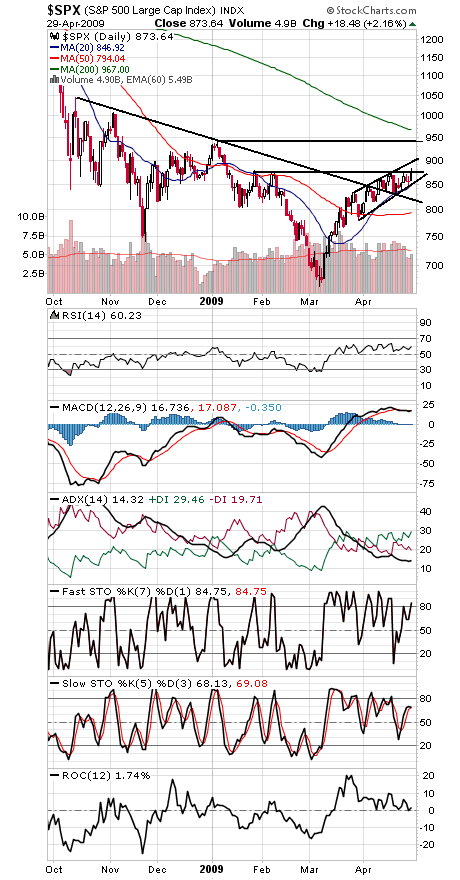 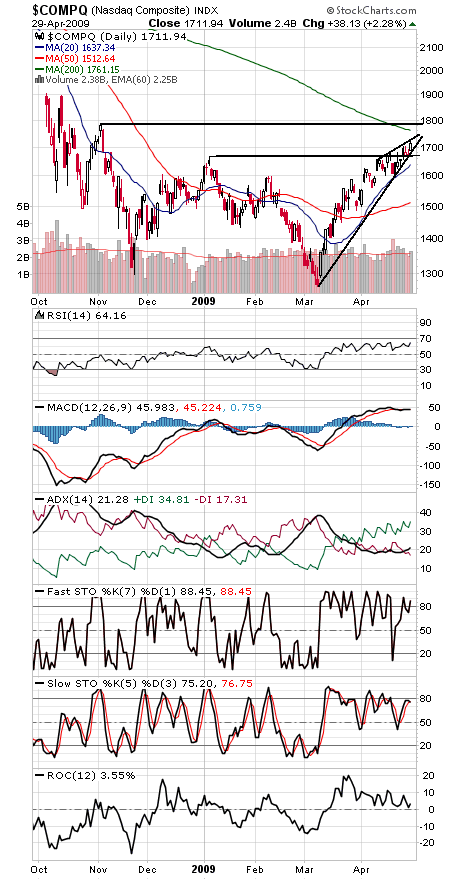 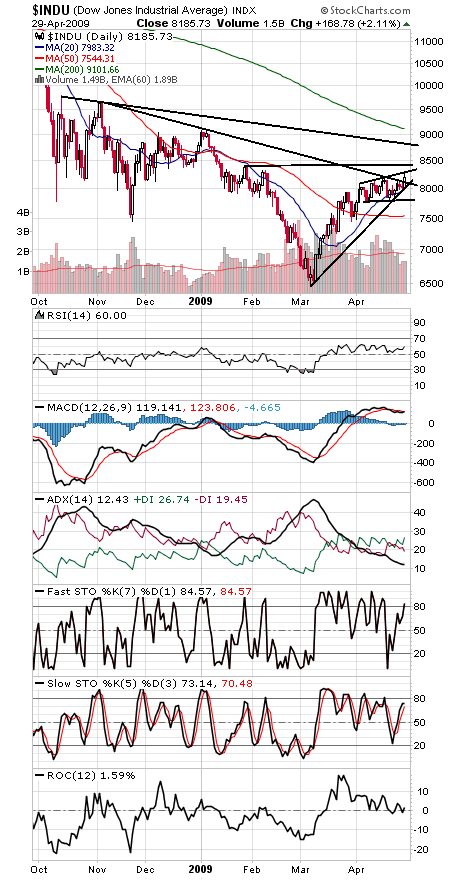