Technical Analysis: Sell in May and Go Away?

Stocks have now had three sharp sell-offs in the last six trading days on fears that the European debt problem could spread. Volatility has certainly picked up, but are we at a market top? Let’s examine the evidence.

Sentiment certainly supports a correction. At 54-18 bulls to bears, the Investors Intelligence weekly sentiment survey hasn’t been this stretched since the market topped out in mid-January.

Seasonality is against the market here too. We’ve entered the weakest five months of the year for stocks in what is also historically the weakest year of the four-year presidential cycle, the mid-term election year, so that combination argues for caution between now and October.

The one positive for the bulls here is the advance-decline line (first chart below), which has continued to make new highs along with the major indexes. We’ve seen no negative divergence — a declining A/D line and rising stock indexes — as we saw at the 2007 top. As bear markets tend to begin with eroding support in the broad market, the A/D line is the one indicator that remains in the bullish camp. 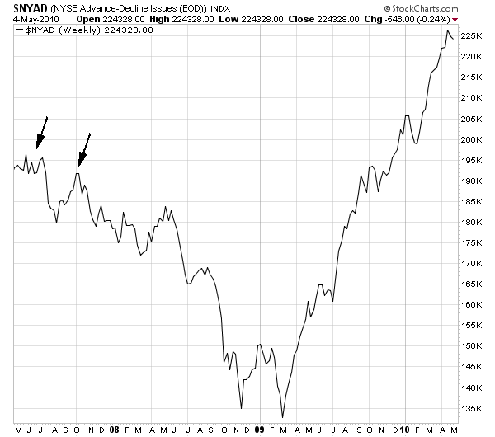 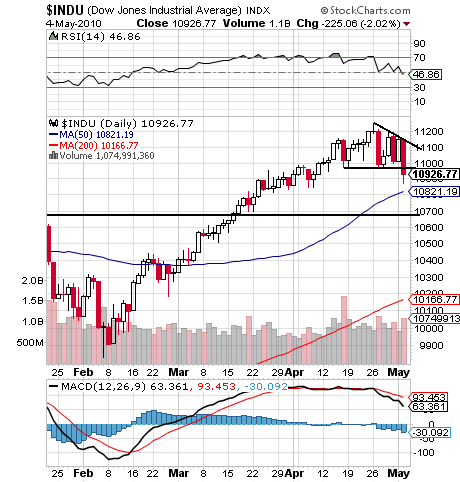 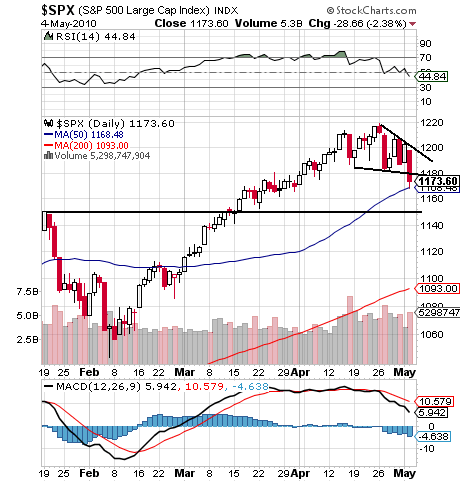