The Nasdaq (first chart below) has stalled at the bottom of the 2155-2200 range that served as support for much of 2008 before the implosion of AIG and Lehman Brothers shaved some 900 points off the index.

It’s impressive that the techs have gotten this far — but it’s also a very big test for the index, and it will be every bit as tough, if not tougher, when the Dow and S&P (charts two and three below) get there.

Sentiment hasn’t gotten out of hand on the bullish side, but the economic hazards are real and the market is in the weakest period of the year for the next month. Not a bad time for a little caution. 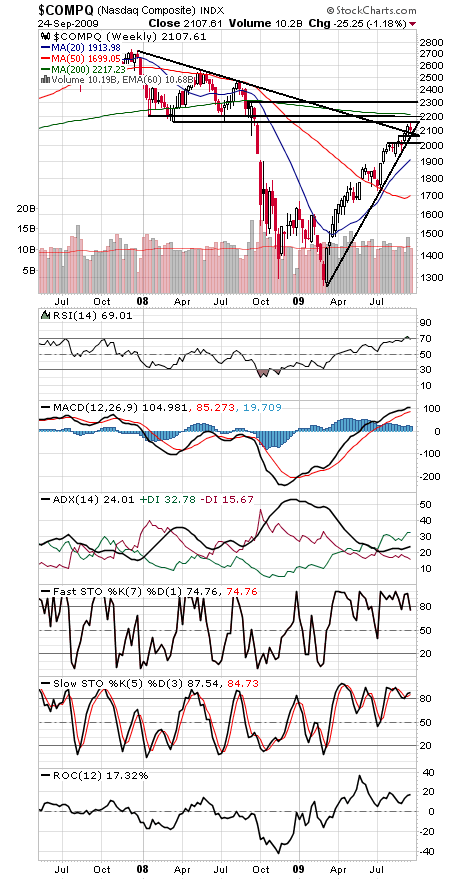 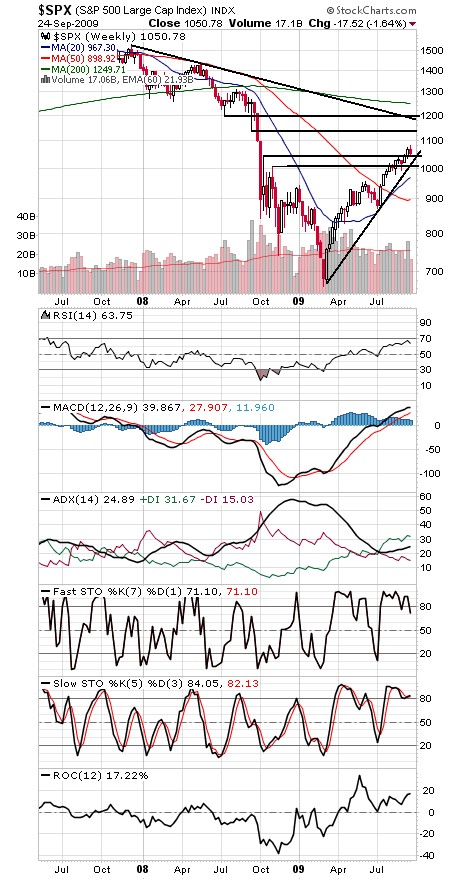 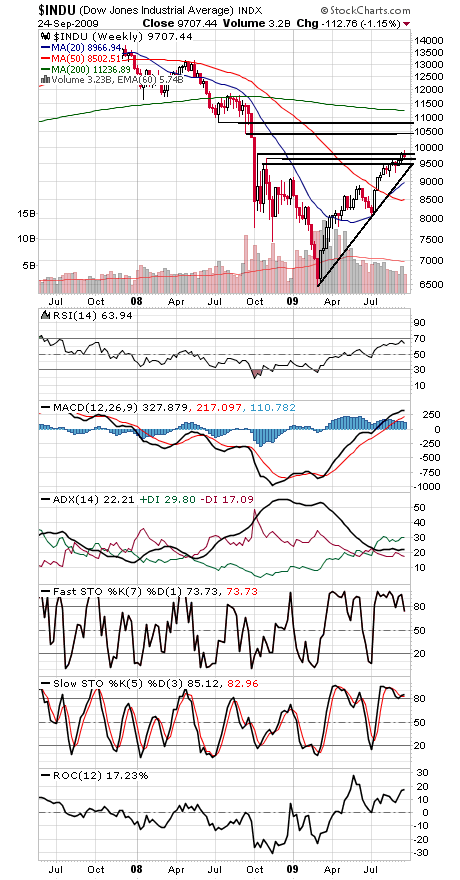