The Dow Transports (first chart below) finally followed the Industrials to a new closing high, although we’d argue that Dow Theory still remains on its primary buy signal from mid-2003. Still, it’s a positive based on the old theory that products need to move in commerce, so the Industrials and Transports moving up together is a good sign. But the Dow (second chart) is hitting some significant resistance here, with that upper channel line at just above 12,700 on Monday. Support is 12,638 and 12,614. The S&P (third chart) is nearing similar resistance at 1450, and support is 1444, 1441 and 1435. In short, a possible spot for a blue chip pause or pullback. The Nasdaq (fourth chart) remains the laggard, but at least the index isn’t turning tail at important resistance. Still, today’s “inside day” — completely within yesterday’s trading range — is a sign of hesitance here. Next up is 2481 and 2500-2509, and support is 2471, 2466 and 2452-2459. The 10-year yield (fourth chart) ended down on another volatile day, but the overall trend appears to be up as long as that rising channel holds. 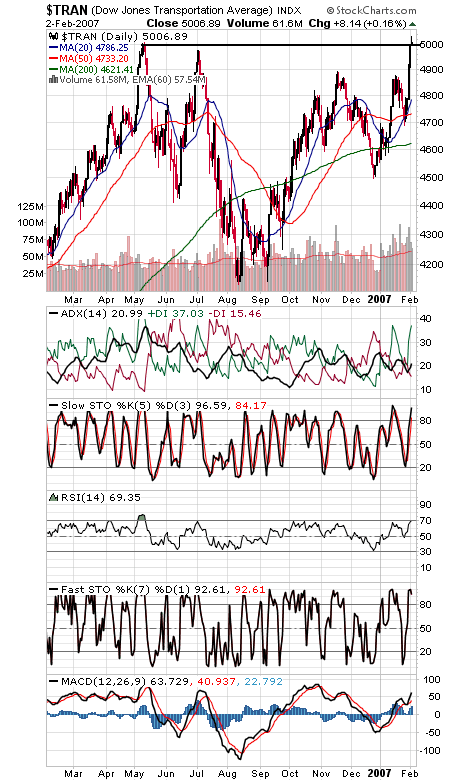 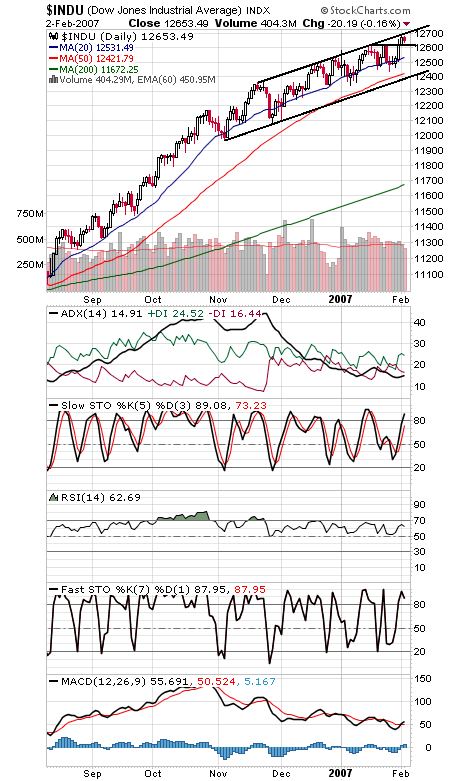 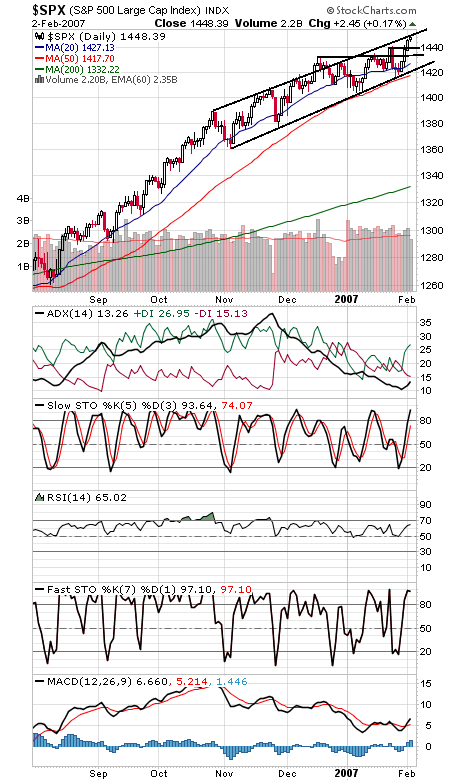 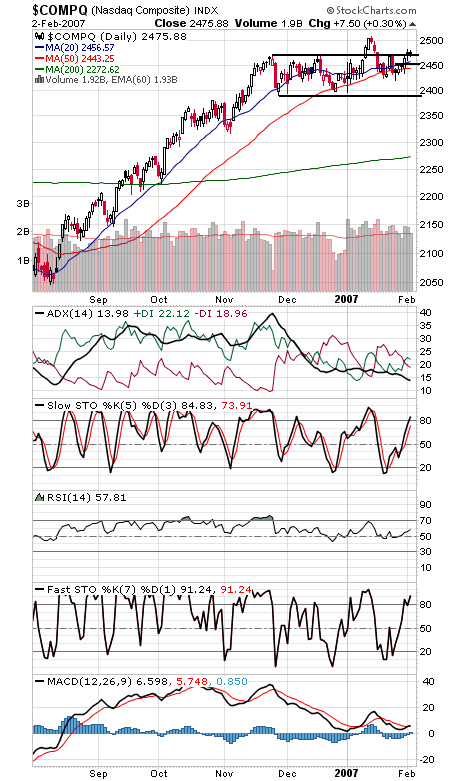 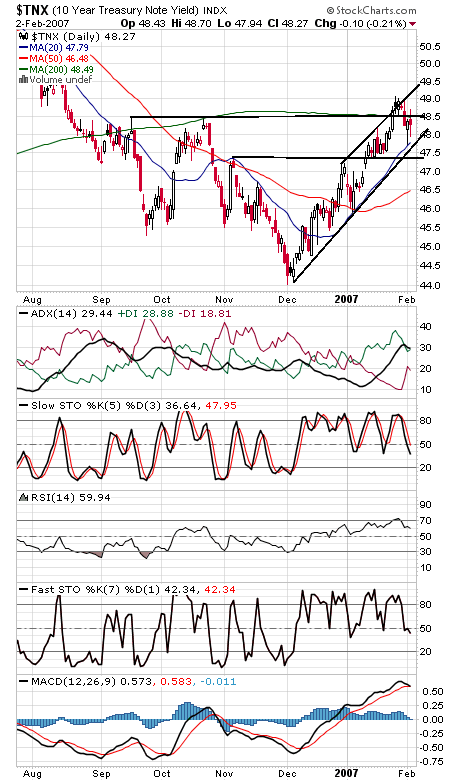